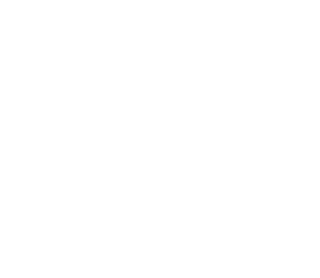 The seemingly miraculous revival of a newborn baby that had initially been pronounced dead and refrigerated in Israel is raising eyebrows among scientists and doctors.

Some wonder if the baby really died before being put in a morgue refrigerator for more than five hours and then apparently reviving. And though the baby has since died (possibly, again), some doctors remain baffled about whether the extreme cooling had a life-preserving effect.

However, there could be a less divine and more scientific explanation for the recovery-via-refrigerator.

"There have been a number of well-documented case histories of adults and children who drowned in very cold water, even trapped under ice for hours, and were successfully revived many hours later," Alistair Jan Gunn, a professor of physiology and pediatrics at the University of Auckland in New Zealand, told LiveScience. "Of course, this is used routinely in modern cardiac bypass."

Decreasing a body's temperature can induce a state of suspended animation, where metabolism slows and the body needs less oxygen and energy to survive.

"There is some historical precedent for how this might work," said Dr. Neil Finer, chief of the University of California-San Diego’s division of neonatology. "Many years ago some babies were put into ice water at birth to try to revive them. There were reports that this actually could be effective and that some children survived."

Induced hypothermia has even been studied as a treatment for various injuries, sometimes with astonishing results.

In some experiments, such as those conducted by Hasan Alam at Massachusetts General Hospital, animals such as pigs and dogs survived normally-fatal injuries and blood loss by being cooled to a state of hibernation while doctors repaired their injuries.

"I am convinced that cold therapy helped this young man," his doctor, Andrew Cappuccino, told Sports Illustrated. "I will use it again."

Cooling therapy has even shown promising results in infants with hypoxic–ischemic encephalopathy, or brain damage due to lack of oxygen, according to a 2005 study published in the New England Journal of Medicine.

But Richard Ehrenkranz, a neonatal physician at Yale School of Medicine who worked on the study, said there were important differences between his research and the case of the Israeli baby. For one, the temperature to which babies were cooled in his study was much higher than the temperature of the refrigerator the "miracle" baby was stored in. Also, that baby, born at 23 weeks, was more premature than children in the trial, who were all born after at least 36 weeks.

Dr. Ehrenkranz said he was skeptical of the Israeli baby's apparent resurrection.

"Although I read the report, I still find it hard to believe," he said. "Usually cool temperatures increase the likelihood of death in extremely preterm infants."

And some experts question whether the baby had ever really died the first time.

"We are not told how 'death' was diagnosed," Dr. Gunn said. "Probably the doctors could not feel a pulse, heard few or no heartbeats and saw that the baby was not moving. Now it can be very difficult to be sure about 'death' in such immature babies right after birth. I have seen cases in my own institution of mistaken diagnosis."

Whether or not cooling performed a miracle in the case of the Israeli baby, some scientists are convinced that chilling the body is the treatment of the future.

"Hypothermia delayed for many hours after severe hypoxia has now been shown in large randomized trials to improve outcome both in adults after cardiac arrest and in newborns with acute neonatal encephalopathy," Dr. Gunn said. "These recent studies are particularly interesting because they show that hypothermia is not just slowing metabolism but also helping to actively reduce injury in some way, perhaps by turning off programmed cell death pathways. It isn't a magic bullet sadly, but the effect is consistent."