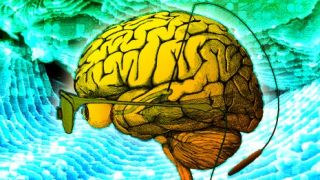 Scientists are getting closer to creating a bionic human, or at least a $6 million one. Today, we can replicate or restore more organs and various sundry body parts than ever before. From giving sight to the blind to creating a tongue more accurate than any human taste bud, gentlemen, we have the technology.

When you're blind, being able to see even the basics of light, movement and shape can make a big difference. Both the Argus II Retinal Prosthesis, currently in FDA trials, and a system being developed by Harvard Research Fellow Dr. John Pezaris record basic visual information via camera, process it into electronic signals and send it wirelessly to implanted electrodes. The Argus II uses electrodes implanted in the eye, which could help people who've lost some of their retinal function. Dr. Pezaris' system, still in the early stages of research, would bypass the eyes entirely, sending visual data straight to the brain. Both systems will work best with people who could once see because their brains will already know how to process the information. "The visual brain depends on visual experience to develop normally," Pezaris explained.

Since the 1960s, researchers have known about proteins that can prompt bone tissue to grow its own patches for missing or damaged parts. Unfortunately, that technology never worked perfectly, often growing the wrong type of tissue or growing bone where bone shouldn't be. In 2005, researchers at UCLA solved the problem, using a specially designed protein capable only of triggering growth in specific types of cells. Called UCB-1, the protein is now used to grow new bone that can fuse and immobilize sections of vertebrae, relieving severe back pain in some patients.

An artificial pancreas, capable of monitoring a person's blood sugar and adjusting the level of insulin to meet their body's needs, will likely be on the market within a few short years, said Aaron Kowalski, director of strategic research projects at the Juvenile Diabetes Research Foundation. Kowalski said the device would initially be a combination of two existing technologies: an insulin pump and continuous glucose monitor. The contraption could help insulin-dependent diabetics lead more normal lives and make it easier for them to avoid the disfiguring and life-threatening side effects of having too little or too much blood sugar.

The tongue can be a powerful tool, but also a highly subjective one, said Dean Neikirk, professor of computer and electrical engineering at the University of Texas at Austin. When food companies want to create the same flavor every time, they turn to the electronic tongue, a device developed by Neikirk and his team to analyze liquids and pick out their exact chemical make-up. Neikirk's tongue uses microspheres, tiny sensors that change color when exposed to a specific targets, such as certain kinds of sugars. The result is a system that can't replace the person who says, "This tastes good!" but can make sure the chemistry of good taste is reliably replicated.

Amputees can now use a prosthetic arm the same way they'd use a real one: By the power of thought. Developed by Dr. Todd Kuiken of the Rehabilitation Institute of Chicago, the "bionic arm" is connected to the brain by healthy motor nerves that used to run into the patient's missing limb. These nerves are re-routed to another area of the body, such as the chest, where the nerve impulses they carry can be picked up by electrodes in the bionic arm. When the patient decides to move her hand, the nerves that would have sent the signal to real hand send it to the prosthetic one instead. Now, Dr. Kuiken's team is working on improving the arm, using surviving sensory nerves to communicate the feeling of temperature, vibration and pressure from the bionic arm to the patient's brain.

The knee isn't a part of the body you'd expect to think for itself, but the RHEO, a prosthetic knee developed by MIT artificial intelligence researchers Hugh Herr and Ari Wilkenfeld, really does have a mind of its own. Earlier electronic knee systems usually had to be programmed by a technician when the patient first put them on. The RHEO knee, on the other hand, creates realistic, comfortable motion on its own, by learning the way the user walks and by using sensors to figure out what kind of terrain they're walking on. The system makes walking with a prosthetic leg easier and less exhausting.

For people with failing kidneys, basic necessities of life like removing toxins from the blood and keeping fluid levels balanced requires hours hooked up to a dialysis machine the size of a clothes dryer. But a new, portable artificial kidney, small and light enough to fit on a belt system, could change that. Despite its small size, the automated, wearable artificial kidney (AWAK), designed by Martin Roberts and David B.N. Lee of UCLA, actually works better than traditional dialysis because it can be used 24 hours a day, seven days a week, just like a real kidney.

Sometimes, when you need to deliver drugs to just the right spot in the body, a pill or an injection won't cut the mustard. Daniel Hammer, professor of bioengineering at the University of Pennsylvania, has a better method: artificial cells, made from polymers, which can mimic the ease with which white blood cells travel through the body. Called c, these fake cells could deliver drugs directly where they're needed, making it easier and safer to fight off certain diseases, including cancer.

Erectile dysfunction can take the fun out of a man's life, but Anthony Atala and his team at Wake Forest University have come up with a method that could put the spring back in many a guy's, uh, step. In 2006, Atala succeeded in growing new corpora cavernosa, the spongy tissue that fills with blood during an erection, for male rabbits who'd had theirs removed. The new tissue was grown from the rabbits' own cells and, after a month, the bunnies were back to doing what they do best.

Prosthetics for your brain

Replacing a part of your brain isn't as simple as replacing a limb, but in the future it could be. Theodore Berger, a professor at the University of Southern California, created a computer chip that could take the place of the hippocampus, a part of the brain which controls short-term memory and spatial understanding. Frequently damaged by things like Alzheimer's and strokes, a hippocampus implant could help maintain normal function in people who'd otherwise be severely disabled. Berger is still testing this implant, but he'd like to see more. He even wrote a book, "Toward Replacement Parts for the Brain," in 2005.