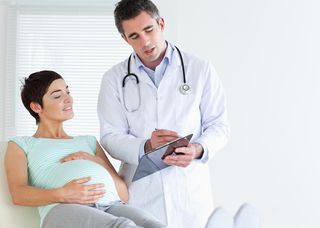 The findings held even after the researchers took into account other factors that could affect a woman's risk of ovarian cancer, such as the total number of babies she has had and her use of oral contraception. [5 Things Women Should Know About Ovarian Cancer]

Previous studies have found that women who give birth to more children are at lower risk for ovarian cancer. One hypothesis for the link is that, during pregnancy, women stop ovulating, or releasing an egg each month. Regular ovulation is thought to increase the risk of ovarian cancer because it damages the lining of the ovaries, so the ovary cells need to be repaired frequently, which can increase the chance for cancer-causing changes to occur.

But the new findings suggest that there are factors other than the stopping of ovulation during pregnancy that reduce ovarian cancer risk, said study researcher Alice Lee, a doctoral student at the University of Southern California, who presented the findings here this week at the annual meeting of the American Association for Cancer Research.

"The fact that the timing [of the pregnancy] matters kind of shows there's a little bit more to this" link between ovulation and ovarian cancer," Lee told Live Science.

It's not exactly clear why the timing of birth matters for protection against ovarian cancer. But when women are pregnant, they experience an increase in levels of the hormone progesterone, which triggers some cells to self-destruct. Because older women have accumulated more damage to the cells that line the ovaries, a later first pregnancy could clear more of this damage.

"If you have a later age at first birth, you essentially are able to clear more of the malignancy-transformed cells," Lee said.

It's too early to say whether the findings are "good news" for women who delay pregnancy, as an increasing number of women are doing. More research is needed to replicate the findings, Lee said.

In another line of research, studies show that women who give birth to their first child at a later age are at increased risk for breast cancer, according to the Susan G. Komen Foundation, a nonprofit organization that funds breast-cancer research.