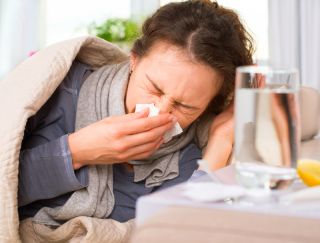 Children get the flu more often than adults do, a new study finds.

Kids typically catch the flu once every two years, whereas adults over age 30 get the flu about twice a decade, a study of people living in China found.

"There's a lot of debate in the field as to how often people get flu, as opposed to flu-like illness caused by something else," said Adam Kucharski, the study's lead researcher and a fellow at the London School of Hygiene &Tropical Disease in the United Kingdom. Some people who think they have the flu may actually have a cold, whereas other people may truly have the flu and not know it, he said. [6 Flu Vaccine Myths]

To know for sure whether someone had the flu, researchers search the blood for antibodies against the flu virus.

When people get sick with the flu, their immune systems produce antibodies that target proteins on the virus surface, and after a person recovers, "the infection will show up when a blood sample is subsequently tested," Kucharski said. In other words, the blood retains a memory of the flu strains that have infected a person in the past.

In the study, the researchers focused on influenza A (H3N2), a dominant strain of flu virus that sickens and kills the most people worldwide, Kucharski said in a statement. They looked at blood samples from 151 people living in southern China, testing each one against a panel of nine strains of H3N2 that were in circulation between 1968 and 2009, according to the study published today (March 3) in the journal PLOS Biology.

By comparing people's antibodies with the dates that each flu strain was known to circulate, the researchers were able to figure out how often, on average, people really get the flu. This is the first time that anyone has reconstructed a group's history of flu infection from modern-day blood samples, Kucharski said.

It's unclear why children are sickened with the flu more often than adults, but the scientists had several ideas. Perhaps children and teenagers interact with more people, and so they may be exposed to more germs, said Stephen Riley, the study's senior researcher and a faculty member at the Medical Research Council Centre for Outbreak Analysis and Modeling at Imperial College London in the United Kingdom.

"The exact frequency of infection will vary depending on background levels of flu and vaccination," Riley said.

The researchers, from the U.K., the United States and China, also examined how flu immunity changes in people as they age and encounter different strains of the virus.

Using a mathematical model, they found that people have stronger immune responses to the flu earlier in life than they do as they get older — a finding that is supported by other studies, Kucharski said.

"It does seem to be the infections you see later in life, you don't have as great an immune response to," he told Live Science.

The findings will help scientists understand how a population's immunity influences the flu as the virus evolves, and may help researchers predict how the circulating strains of virus may change in the future, the researchers said. It may also help researchers examine how immunity to historical strains interacts with new vaccines, and how effective new vaccines may be.

"What we’ve done in this study is to analyze how a person's immunity builds up over a lifetime of flu infections," Kucharski said. "This information helps us understand the susceptibility of the population as a whole, and how easy it is for new seasonal strains to spread through the population."