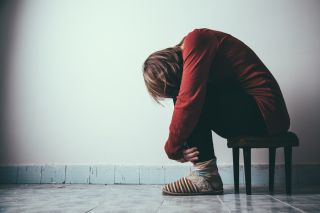 People with mental disorders are two times more likely to die early than their peers in the general population — and not just because of factors like suicide, a new study suggests.

More than half of the early deaths analyzed in the study were blamed on natural causes, such as acute and chronic illnesses like heart disease.

"I think it's an important study that's drawing attention to the general health risk that's associated with a range of psychiatric disorders," said Dr. Mark Olfson, a professor of psychiatry at Columbia University, who wasn't involved in the study. [5 Controversial Mental Health Treatments]

There are hundreds of studies going back decades that produced data on the mortality rates of people with mental health disorders, such as schizophrenia, depression, anxiety and bipolar disorder. A group of researchers, led by Elizabeth Walker, of Emory University in Atlanta, recently reviewed this massive body literature.

Using data from 148 studies conducted in several countries, Walker and colleagues found that the death rate for people with mental disorders was, on average, 2.22 times higher than that of people in the general population. (Mortality rates usually refer to the deaths that occur during a specific study's time frame. The studies covered in the new analysis varied widely in length — from 1 to 52 years, with a median of 10 years.)

Overall, people with mental disorders potentially lost a decade of their lives, the analysis showed.

"When people think about the risk of death for people with mental health problems, they often focus on suicide because it's so tragic and traumatic," Olfson told Live Science. But people with mental health disorders face many other health problems — such as high rates of smoking, poor diet, lack of exercise and a lack of medical care — that can lead to an early death, Olfson said.

"Rates of smoking have come down for the general population, but that hasn't been true for people with serious mental health problems," Olfson said. "It's factors like that that are increasing the gap."

The researchers wrote that suicide-prevention efforts are still crucial for high-risk populations with mental disorders. But efforts to reduce the "excess burden of mortality" among people with mental health issues also need to look at ways to prevent deaths that result from health problems like cardiovascular disease. That might mean addressing behavioral and lifestyle factors, access to health care, and social factors like poverty.

The study was published online today (Feb. 11) in the journal JAMA Psychiatry.