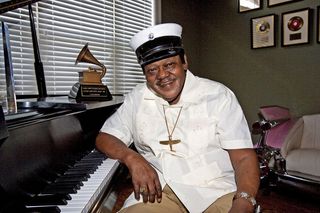 Legendary musician Fats Domino died this week at age 89, and officials reported his death was due to "natural causes." But what exactly does it mean to die from natural causes?

"It just means there was nothing non-natural that happened in [the patient's] cause of death," said Dr. Patricia Allenby, director of autopsy services at the Ohio State University Wexner Medical Center. [Top 10 Leading Causes of Death]

On a death certificate, natural causes actually refers to the "manner of death" rather than the specific cause. Authorities indicate whether the manner of death was natural, accidental, or due to suicide or homicide, Allenby said.

Another section of the death certificate includes more specific information about the cause of death, including the "immediate cause" that occurred at the time of death and the "underlying causes" that led up to the death, Allenby said. For example, a person's immediate cause of death might be an "acute heart attack," in which blood flow to the heart is suddenly blocked, while the underlying cause of death might be "atherosclerotic coronary artery disease," a condition in which plaque made of fat, cholesterol and other substances builds up in the body's arteries. In this scenario, the manner of death would also be natural.

Sometimes, determining the manner of death is not so straightforward. For example, Allenby recalled a case in which a person had a stroke, and underwent whirlpool therapy for symptoms after the stroke. But the pool was too hot, and the patient sustained burns, Allenby said. The patient later died from infection of the burns. In this case, even though the stroke (a natural event) led to the whirlpool therapy, and the person died from an infection, the manner of death is still non-natural, because an accident contributed to the death, Allenby said.

Whether a person's death is natural or non-natural also determines who signs the death certificate, Allenby said. If a death is determined to be natural, the certificate can be signed by an attending physician, and the autopsy can be performed at a hospital; but if the death is determined to be non-natural (external), then the case is turned over to the coroner or medical examiner for investigation, Allenby said.