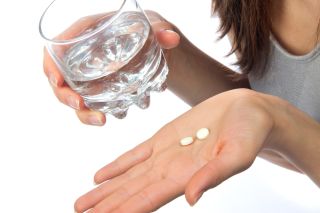 For healthy women, regularly taking low doses of aspirin may cause more harm than good, a new study suggests. But as women get older, the balance between aspirin's benefits and risks seems to shift, researchers said.

As a result, women older than 65 may benefit from taking the medicine, the researchers said.

Aspirin has shown some promise in staving off heart disease and some cancers, but it also increases the risk of bleeding in the stomach and other parts of the digestive tract. Whether the benefits are large enough to outweigh the harm is still under debate.

In the new study, nearly 28,000 women age 45 and older were randomly asked to take either 100 milligrams of aspirin or a placebo every other day. The researchers followed up with the participants for an average of 10 years to see how many cases of heart disease, cancer or bleeding occurred in each group.

The results showed that compared to placebo, taking aspirin was linked with a slightly lower risk of colon cancer, heart disease and the most common type of stroke. But aspirin was also linked with higher rates of serious bleeding that required hospitalization.

In other words, for the majority of women, aspirin treatment resulted in small benefit or even harm, the researchers said. [5 Interesting Facts About Aspirin]

However, the researchers also found that age was the most important factor in determining the benefit of taking aspirin. Both the benefits and the risks of aspirin increased with age, but the balance between the two seemed to tip at around age 65. For women age 65 or older, the overall outcome was better for those who took aspirin compared to those who didn't.

Based on these results, the researchers estimated that for every 32 people ages 65 and older who take low-dose aspirin for 15 years, there would be one fewer case of cancer or heart disease than expected without the medication, according to the study published today (Dec. 4) in the journal Heart.

Previous studies have also looked at the trade-off between the benefits and risks of taking aspirin for years, but experts have yet to reach a consensus. Currently, most medical associations, including the American Heart Association and the U.S. Food and Drug Administration, recommend that only people who are at high risk for heart disease or stroke should consider taking daily aspirin, after consulting with their doctors.