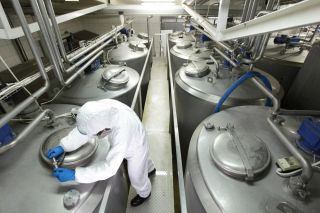 Four new substances have been added to a list of chemicals that may cause cancer compiled by the U.S. Department of Health and Human Services (HHS).

The list of known carcinogens now includes a chemical called ortho-toluidine, which is used to make rubber chemicals, pesticides and dyes. Recent research has linked the substance to bladder cancer in people.

Three other substances were added to a list of agents that are "reasonably anticipated to be human carcinogens." These include a cleaning solvent called 1-bromopropane, a wood preservative mixture known as pentachlorophenol and cumene, which can be found in fuel products and even tobacco smoke. [12 Worst Hormone-Disrupting Chemicals & Their Health Effects]

"Identifying substances in our environment that can make people vulnerable to cancer will help in prevention efforts," Linda Birnbaum, director of the National Institute of Environmental Health Sciences and the National Toxicology Program, said in a statement. "This report provides a valuable resource for health regulatory and research agencies, and it empowers the public with information people can use to reduce exposure to cancer-causing substances."

Ortho-toluidine was originally classed as "reasonably anticipated" to be a human carcinogen in 1983. But HHS scientists re-evaluated the substance, looking at three studies of dye workers and two studies of rubber-chemical workers who were regularly exposed to ortho-toluidine. They found enough evidence of a link between ortho-toluidine exposure and an increased risk of bladder cancer to call the chemical a known carcinogen, according to HHS. Rats also developed bladder tumors after they ingested ortho-toluidine.

Ortho-toluidine is no longer produced in the United States, but at least 1 million lbs. (450,000 kilograms) of the substance is imported into the country each year, according to HHS. The people who have the greatest risk of exposure are employees who work in chemical plants where ortho-toluidine is used to make rubber chemicals, dyes and pesticides.

HHS officials said they didn't have enough evidence to definitively prove that exposure to the other three chemicals can cause human cancers. But these substances do cause rats and mice to develop tumors, according to the agency.

In experiments, rodents that inhaled fumes of 1-bromopropane — a colorless to light yellow liquid solvent — developed tumors in several organs, including their skin, lungs and large intestine. The substance is used as a cleaner for optics, electronics and metals. It has also become popular in dry cleaning as a replacement for perchloroethylene, another chemical considered a health and environmental hazard.

Mice that inhaled cumene fumes developed lung tumors and liver tumors, according to HHS's review. The flammable liquid with a gasoline-like odor is found in coal tar and petroleum, as well as tobacco smoke. It is used primarily to make acetone and phenol.

Pentachlorophenol — a substance used to treat utility poles, wood pilings and fence posts — caused tumors in the liver and other organs of mice. In small studies of humans, exposure to this compound was associated with an increased risk of the blood cancer non-Hodgkin lymphoma, but the HHS said it considered the evidence too limited to call pentachlorophenol a known carcinogen.