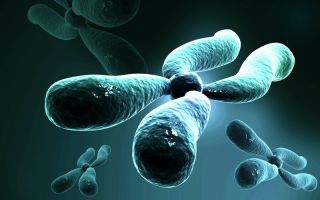 An illustration of a chromosome
(Image: © Shutterstock)

Mothers outnumbered fathers throughout much of human history, a new DNA analysis of people around the world shows.

The genetic findings offer evidence for polygyny, when one man has many wives, and other reproductive customs, as people migrated out of Africa.

"[Historically] more of the women were reproducing than the men," study researcher Mark Stoneking, a professor of biological anthropology at the Max Planck Institute for Evolutionary Anthropology in Leipzig, Germany, told Live Science in an email. "This often happens in human societies, because not all men are able to afford wives, or sometimes a few men will have many wives."

These practices resulted in females making a larger genetic contribution to the global population than males did, the researchers found. [5 Myths About Polyamory Debunked]

Stoneking and colleagues used a new method to scrutinize genetic variation within the male Y-chromosome. By looking at one part of the Y chromosome, they found all of the genetic variants, or slight differences in the order of DNA's "letters," within that region.

Previous studies had only looked at some of the variants, leading to unreliable data, because "you only find out about genetic variants that you already know about, and not about new genetic variants," Stoneking said.

He and his colleagues put their new technique to work on DNA samples of 623 males from 51 populations around the world, including Australian, European, and American populations. The new method allowed them to take the DNA samples from each male and compare the paternally inherited Y chromosome (NRY), which gets passed down from father to son, with mitochondrial DNA (mtDNA), which mothers pass down to their children, Stoneking said.

Women likely traveled for marriages, leaving their hometowns and moving in with their husbands, the genetic analysis showed. So, females migrated more than males did, spreading their female mitochondrial DNA far and wide and reducing genetic variability between populations. Men, in contrast, tended to stay put, which resulted in their sons having distinct genes in each population.

"We found that genetic differences between populations are indeed bigger for the [male] NRY than for [female] mtDNA, but not as big as some studies previously found, so the methods used do have an impact on the results," Stoneking said.

Perhaps fewer men than women reproduced among America's early colonists, the researchers said when they saw the high amount of mitochondrial DNA diversity.

The team also estimated what proportion of men and women in the historic population reproduced. After all, some men and women do not have surviving children who can pass down their genes.

For much of human history, a greater proportion of women in the population reproduced relative to men, they found. This means "that even though there may be equal numbers of males and females in a population, a larger proportion of the females than the males are reproducing," Stoneking said.

The new, precise technique may help researchers study other facets of human population genetics and gain further insights into the history of humanity's mothers and fathers, he said.

The study was published online today (Sept. 23) in the journal Investigative Genetics.