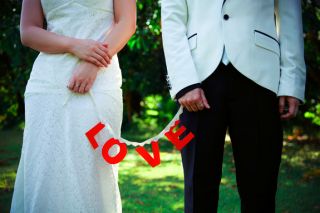 Are people meant to be monogamous or is it an outdated societal expectation?
(Image: © Marriage image via Shutterstock)

News of politicians' and celebrities' extramarital affairs never seem to be in short supply. But if humans were cut from exactly the same cloth as other mammals, a faithful spouse would be an unusual phenomenon.

Only 3 percent to 5 percent of the roughly 5,000 species of mammals (including humans) are known to form lifelong, monogamous bonds , with the loyal superstars including beavers, wolves and some bats.

Social monogamy is a term referring to creatures that pair up to mate and raise offspring but still have flings. Sexually monogamous pairs mate with only with one partner. So a cheating husband who detours for a romantic romp yet returns home in time to tuck in the kids at night would be considered socially monogamous.

Beyond that, scientists' definitions for monogamy vary.

Evolutionary psychologists have suggested that men are more likely to have extramarital sex, partially due to the male urge to "spread genes" by broadcasting sperm. Both males and females, these scientists say, try to up their evolutionary progress by seeking out high-quality mates, albeit in different ways.

The committed partnership between a man and a woman evolved, some say, for the well-being of children.

"The human species has evolved to make commitments between males and females in regards to raising their offspring, so this is a bond," said Jane Lancaster, an evolutionary anthropologist at the University of New Mexico. "However that bond can fit into all kinds of marriage patterns – polygyny, single parenthood, monogamy."

The human species is somewhat unique amongst mammals in that fathers do invest in raising children .

"We do know that in humans we do have this pretty strong pair bond, and there's more paternal investment than in most other primates," said Daniel Kruger, a social and evolutionary psychologist at the University of Michigan's School of Public Health. "We're special in this regard, but at the same time like most mammals, we are a polygynous species." Kruger said humans are considered "mildly polygynous," in which a male mates with more than one female.

Whether or not the married or otherwise committed individuals stray for sex depends on the costs and benefits.

"There is plenty of evidence that males have less to lose than females by having extramarital sex," Lancaster said. "Having less to lose, it's easier for them to do it."

Women, however, could lose "dad's" resources when it comes to raising their kids. "For women, the well-being of their children is not improved by promiscuity," Lancaster told LiveScience.

Some scientists view both social and sexual monogamy in humans as a societal structure rather than a natural state.

"I don't think we are a monogamous animal," said Pepper Schwartz, a professor of sociology at the University of Washington in Seattle. "A really monogamous animal is a goose – which never mates again even if its mate is killed."

She added, "Monogamy is invented for order and investment – but not necessarily because it's 'natural.'"