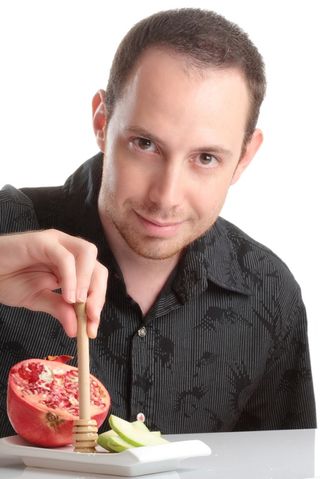 If you're European Jewish and meet another European member of the community, odds are you're at least 30th cousins.

A study by an international team suggests the central and eastern European Jewish population, known as Ashkenazi Jews, from whom most American Jews are descended, started from a founding population of about 350 people between 600 and 800 years ago. Further, that group of Jews who experienced this "bottleneck" was of approximately evenly mixed Middle Eastern and European descent.

The findings bolster the mainstream view that the ancestors of European Jews were people from the Levant and local Europeans. An earlier, 19th-century theory posited that the core of the Ashkenazi Jewish population is descended from Khazars, from the Russian steppes, but the genetic evidence makes that even less likely, said study researcher Itsik Pe'er, an associate professor of computer science and systems biology at Columbia University. [The Holy Land: 7 Amazing Archaeological Finds]

The "Khazar theory" has cropped up in recent times as well, notably in 2013. A paper in the journal Genome Biology and Evolution, by Eran Elhaik, then a postdoctoral researcher at Johns Hopkins University, posited that the Ashkenazi population descended from people in the Caucasus.

The team analyzed the genomes of 128 Ashkenazi Jews, comparing them with a reference group of 26 Flemish people from Belgium. From that the researchers were able to work out which genetic markers in the genome are unique to Ashkenazi. The number of similarities within the genomes allowed the scientists to compute a rough estimate of the founding population and put upper and lower limits on the amount of time that had passed since that group originated. In this case it is 30 to 32 generations, or at most 800 years. "[Among Ashkenazi Jews] everyone is a 30th cousin," Pe'er said. "They have a stretch of the genome that is identical."

The new work also sheds a little light on the history of Jewish migration. In the late Middle Ages, Jews were expelled from a number of kingdoms — the Spanish were only one of many by 1492. Before then, the French under Charles VI had issued expulsion orders for Jewish people in 1394, and Edward I did the same in 1290. Many of those expelled people ended up in Eastern Europe, forming the core of the community that would be known later as Ashkenazi Jews.

Pe'er noted, though, there's not much in the way of a "paper trail" showing when the Jewish people arrived in eastern Europe, and little to indicate why the founding group was so small. The new data show that whatever happened to the people who migrated, most of them didn't end up leaving descendants. Even so, that ancestral group spread rapidly.

Beyond history there are clinical implications. Among Ashkenazi Jews some genetic diseases, such as Tay-Sachs and cystic fibrosis, occur more frequently. Some cancers, such as breast cancer, also show up more often. Absent this kind of study a patient might ask a physician for a sequencing of their genome to look for problems. The sequence would show a lot of mutations that would be different from most people, and possibly indicate disease.

With this data, the number of sequences a doctor would need to analyze drops dramatically, so it is a lot easier to see what sequences truly indicate a problem and which ones are just part of the normal variations that all humans have.

It also means that future studies will be easier to do. "Conducting a genetic study on a population knowing all the variants in that population allows you to study them cost effectively," Pe'er said. "You don't have to look at everything."

The new study is detailed today (Sept. 9) in the journal Nature Communications.