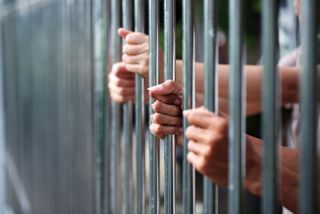 Nearly 40 percent of women in prison in Ontario, Canada, have suffered a traumatic brain injury (TBI), according to a study published this month in the Journal of Correctional Health Care.

The study, the first to look at the rate of TBIs among prison populations in Canada, contributes to a growing body of evidence associating blows to the head with a multitude of long-term, negative health outcomes, from homelessness and substance abuse to risky behavior and incarceration.

In revealing the high rate of TBIs among people in prison, particularly among female inmates, the research team hopes to raise awareness of a widespread yet overlooked public health problem.

"TBIs are common, and most are not associated with offending behaviors," said Dr. Angela Colantonio, the lead author on the report and a senior scientist at the Toronto Rehabilitation Institute. "However, the question is whether early intervention and support for those living with the effects of brain injury could prevent offending behavior or recidivism. More research is needed on this."

A TBI can be caused by a blow or jolt to the head that disrupts the normal brain function. The injuries range from "mild" ones that cause confusion or brief unconsciousness to "severe" injuries that cause extended periods of unconsciousness or amnesia, according the U.S. Centers for Disease Control and Prevention. [10 Things You Didn't Know About the Brain]

Previous studies have found that anywhere between 25 and 87 percent of U.S. prisoners have had a TBI. This is a wide and debated range, but nevertheless higher than the estimated 8.5 percent of the general U.S. population who have a suffered TBIs, according to the CDC.

Colantonio's team studied male and female prisoners in four Ontario prisons. About 50 percent of the male prisoners also reported a history of TBI, a serious concern, the researchers noted. Yet Colantonio said she was particularly struck by the rate among female prisoners, and the factors surrounding their TBIs.

For example, the women were more likely than the men to report suffering the TBI before committing their first crimes, sometimes within a year before being incarcerated. Also, female inmates with histories of TBI were much more likely than the males to have suffered physical or sexual abuse as children.

Recent awareness of brain injuries sustained in American football and other sports has improved public awareness in general, Colantonio said. But she added, "There has not been a lot of attention on women at risk for TBI, for example, from intimate partner violence, even though research has shown that the majority of hits are to the head."

The research suggests changes should be enacted concerning the treatment of female criminals, said Dr. Geoff Fernie, the institute director at the Toronto Rehabilitation Institute, who did not work on the study.

"Now that we have identified this as an issue, we need to work with community organizations and correctional systems to prevent inappropriate incarceration of females with traumatic brain injury, and to provide treatment to those who are incarcerated so they have a better chance when they return to society," Fernie said.