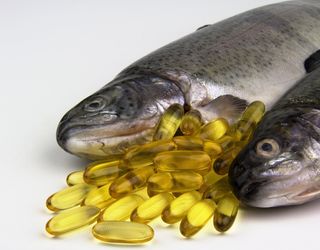 Among the many nutrition supplements trumpeted for potential health benefits, fish oil supplements have been among the most ballyhooed. But as the research on fish oil rolls in, it's unclear whether the supplements provide all the touted benefits, or are as harmless as claimed.

Some of the possible benefits of fish oil that appeared in early studies of the supplement seem to have vanished. Along with the difficulty of isolating the effects of a single nutrient, it's possible that those early studies had small sample sizes, or participants who were truly deficient in the nutrient. Since then, long-term studies have revealed potential harms from taking fish oil unnecessarily.

Fish oil supplements contain several vitamins and two significant omega-3 fatty acids, called eicosapentaenoic acid (EPA) and docosahexaenoic acid (DHA). While these nutrients are important, like many vitamins, many people get sufficient amounts from diet. These fatty acids are found in a number of fish, so it is often recommended to get proper doses by eating oily fish twice a week.

Additionally, the amount of these fatty acids in a supplement can vary, so it is important to check the label. There are risks and benefits to the supplements, so it's important to speak with your physician when deciding whether you are likely to benefit from taking them.[6 Foods That Are Good For Your Brain]

When it comes to heart disease, eating fish is recommended as a heart-healthy protein, to substitute in place of red meat.

There is strong evidence for the potential of fish oil supplements to help in lowering triglycerides, which are associated with heart disease, as well as to lower the risk of heart attack.

But although fish oil supplements may have benefits for people at risk of heart problems, their benefit has been strongly questioned for healthy people, as high levels of omega-3 intake been linked with increased risk for stroke. High levels may also interfere with some medications, such as blood thinners, according to the National Institutes of Health.

The omega-3 fatty acid DHA is found in both the gray and white matter of the brain, and is an important nutrient in early development, which is why there have been efforts to supplement child foods with it, whether it be the mother who breast-feeds or infant formula.

But taking DHA supplements has not shown clear benefits at the other end of life, where studies have been done to see if the compound may help people maintain cognitive function as they age. Although a few studies have shown benefits in reaching certain endpoints, such as maintaining brain size, there has not been a demonstration that DHA accomplishes the overall goal of helping prevent Alzheimer's.

A June 2012 study published by the Cochrane Collaboration, a group that looks at the studies done on a topic to help make decisions for medical practitioners, found no benefit from fish oil supplements for cognitively healthy older people, but the authors said longer studies would be necessary to come to a firmer conclusion.

DHA has long been studied in relation to immune function. As far back as the 1970s, the compound was found to play a role in the immune system and it was thought to possibly benefit patients with autoimmune diseases, such as multiple sclerosis, in which the immune system is overactive. Since then, DHA has been tested in people with other autoimmune diseases, such as rheumatoid arthritis.

But other treatments have developed since fish oil supplements research began. The National Multiple Sclerosis society advises that patients use caution and speak with a health professional before taking the supplements, in part because of concerns it may interfere with the front-line immune-modifying drugs used to treat MS, although those concerns have lessened over time.

Findings about other immune system benefits from taking the supplement have been mixed, with some studies showing a benefit and others showing none.

For people with rheumatoid arthritis the supplements have been similarly controversial, although there has been some evidence that they may lessen the need for nonsteroidal anti-inflammatory drugs, according to a review published in 2000 in the American Journal of Clinical Nutrition.

Research shows that the omega-3 fatty acids found in fish oils play an important role in the early development of the eyes. What becomes less clear is whether the compounds may also help preserve eyes as people age.

Age-related macular degeneration, a relatively common condition that can lead to vision loss, may be helped through the intake of omega-3 fatty acids, studies have suggested. However, recent research, including a study of 1,600 people published in 2013 in the Journal of the American Medical Association, has shown little to no benefit from taking the supplements.

Because of the need for omega-3 fatty acids in brain and eye development, it has been recommended that pregnant women take in adequate amounts, which in some cases may include supplements.

Although there have been some concerns raised about mercury in fish, which can have toxic effects, eating fish is still recommended by many as the best source for the omega-3s, and so pregnant women are advised to choose fish found to be low in mercury.

While most studies of fish oil supplements have found few or no adverse side effects, recent evidence in studies looking at prostate cancer have said otherwise.

One such study, published in 2013 in the Journal of the National Cancer Institute, found a link between the supplements and prostate cancer. The authors wrote that their results confirmed past reports of an increased prostate cancer risk in men who had a high concentration of omega-3 fatty acids.

The finding suggests that these fatty acids are involved in the development of prostate tumors, something to be considered in anyone thinking about taking omega-3 supplements, the researchers said.