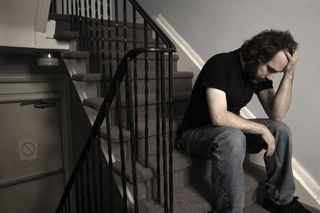 Younger siblings are more likely to die by suicide than firstborns are, new research finds.

For each increase in a person's birth order — meaning from the eldest child to the second-born, or from the second- to third-born, and so on — the suicide risk in adulthood went up 18 percent, according to the study, published May 13 in the American Journal of Epidemiology.

"Our findings are important, since they highlight that birth order should be considered an early-life circumstance that determines mental health across the life course," study leader and sociologist Mikael Rostila, of Stockholm University's Centre for Health Equity Studies, wrote in an email to Live Science.

Researchers don't yet understand why younger siblings may be at higher risk for suicide, Rostila said, so questions remain about how to protect the family's youngest siblings. [Suicide: Red Flags & How to Get Help]

The effect of birth order on personality is a controversial topic. Research has found mixed results on whether being born first, last or somewhere in between makes a difference in a person's intelligence or personality.

However, the idea that birth order has health implications is not new. For example, a small study released in February found that firstborns may have a higher risk of diabetes and heart disease than their siblings, perhaps because of metabolic patterns set in the womb. But teasing out the effects of birth order can be difficult, because differences between families are tough to control. Parents who have five kids, for example, might be very different from parents who have one or two children.

Regardless, several studies have suggested a link between birth order and mental health, including the risk of suicide. One study of 1.7 million people in Norway found that for each increase in birth order, suicide risk went up 46 percent, according to the results published in 2013 in the American Journal of Epidemiology.

In the new study, Rostila and his colleagues replicated the Norway findings using data from Sweden. They pulled information from national registries of births and deaths on everyone born in Sweden between 1931 and 1980 and still alive at the end of 1980. The researchers then recorded deaths from 1981 through 2002.

Controlling for sex, birth year and the mother's age at delivery, the researchers found that the later a person's birth order, the higher his or her risk for suicide was. (Sweden's overall suicide rate is 11.1 suicides per 100,000 people per year as of 2011, according to the World Health Organization.)

The researchers also found that higher birth order was linked to an increased risk of dying from an accident. Although that link was not strong, it raises the possibility that younger siblings are more risk-prone or impulsive in general, which could contribute to suicide, the researchers said.

Other causes of death were not linked to birth order. But with suicide, the link remained even after controlling for factors such as the age difference between siblings, the number of siblings, marital status and socioeconomic status.

The reasons for the increased risk remain unclear. One hypothesis, Rostila said, is that younger children are susceptible to bullying by older siblings. Bullying has been linked to suicidal behavior in youths.

Another hypothesis holds that no matter how well-meaning parents are, they can never lavish as much attention on later-borns as they did on the firstborn, simply because there are more children to care for.

"Lower levels of attachment to parents because of restrictions in quality time could give rise to emotional and behavioral problems, separation stress and psychiatric disorders, thereby contributing to a higher suicide risk among later-born siblings," Rostila said.

Another possibility is that the link is biological: Increased maternal stress later pregnancies could lead to higher exposure to the stress hormone cortisol in utero, affecting fetal brain development.

A better understanding of the factors behind the suicide link could help researchers make recommendations to prevent the problem, Rostila said.

For example, if prenatal biological factors turn out to play a role, then parental education and additional screening of older mothers could help, he said.

But if it's the parents' limited attention that underlies the association, he said, "it could be more important to teach parents how to distribute time and resources between children, or to provide societal support for families with many children."