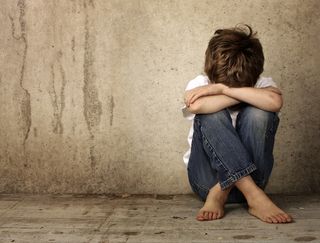 The brain circuits that respond to faces and sex appear to activate abnormally in pedophiles when they look at children's faces, scientists say.

These new findings could lead to novel ways to diagnose pedophiles, and could shed light on the evolutionary roots of sex, the researchers added.

In the animal kingdom, there may be a number of mechanisms preventing adults from attempting sex with children. For example, "pheromones emitted by child mice inhibit sexual behavior of adult male mice," said lead study author Jorge Ponseti, a sex researcher at Christian-Albrechts University of Kiel in Germany. "If scientists inhibited these pheromones in the child mice, adult male mice started to mate with these babies."

Roots of a pedophile

The institute where Ponseti and his colleagues work offers pedophilic men free and totally anonymous psychiatric treatment. "We asked some of these men if they were willing to participate in our study," Ponseti said. "Others came to us because a judge told them to do psychotherapy."

In the men who were attracted to adults, images of adult faces activated a number of brain regions significantly more than child faces did. These areas of the brain, such as occipital areas, the ventrolateral prefrontal cortex, the putamen and nucleus caudatus, are known to help people respond to both faces and sexual behavior. These same regions were significantly more active in pedophiles when they were shown child faces than when they were shown adult faces.

These findings could help lead to a reliable test for pedophilia based on brain responses to child faces, Ponseti said.

"When it comes to psychotherapy of child-sex offenders, it is important to know whether an offender has a pedophilic orientation or not," Ponseti said. "In half of first-time child-sex offenders, the offenders are not pedophilic — they may have problems with adult females, such as not knowing how to approach them, so they turn to children instead."

It remains uncertain why pedophilia happens in humans. Pedophiles may have experienced problems in brain development at a young age. For instance, "there is an increased number of head injuries before 12 years of age in pedophiles," Ponseti said.

Future research could shed light on how sexual impulses get disrupted in pedophiles.

"My idea is that, in pedophiles, brain development problems may lead to abnormal communication in the brain between the nurturing and mating domains," Ponseti said. "We are currently doing more experiments to show if this is true."

The scientists detailed their findings online May 21 the journal Biology Letters.