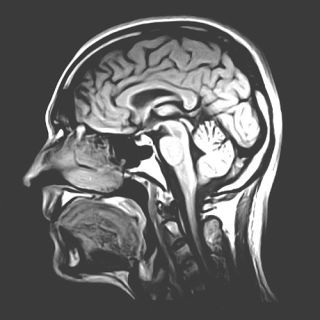 Human experience is defined by the brain, yet much about this 3-lb. organ remains a mystery. Even so, from brain imaging to brain-computer interfaces, scientists have made impressive strides in developing technologies to peer inside the mind.

Currently, scientists who study the brain can look at its structure or its function. In structural imaging, machines take snapshots of the brain's large-scale anatomy that can be used to diagnose tumors or blood clots, for example. Functional imaging provides a dynamic view of the brain, showing which areas are active during thinking and perception.

Structural-imaging techniques include CAT scans, or computerized axial tomography, which takes images of slices through the brain by beaming X-rays at the head from many different angles. CAT, or CT, scans are often used to diagnose a brain injury, for example. Another method, positron emission tomography (PET), generates both 2D and 3D images of the brain: A radioactively labeled chemical injected into the blood emits gamma rays that a scanner detects. And magnetic resonance imaging (MRI) provides a view of the brain's overall structure by measuring the magnetic spin of atoms inside a strong magnetic field.

"There's no question that MRI is probably the best way to see the brain," said Dr. Mauricio Castillo, a radiologist at the University of North Carolina at Chapel Hill and editor-in-chief of the American Journal of Neuroradiology.

In the realm of functional imaging, the current gold standard is functional MRI (fMRI). This technique measures changes in blood flow to different brain areas as a proxy for which areas are active when someone performs a task like reading a word or viewing a picture. [Inside the Brain: A Photo Journey Through Time]

"The emphasis nowadays is to try to merge how the brain is wired with the activation of the cortex [the brain's outermost layer]," Castillo said.

Several methods can be combined to merge brain structure and function. For example, MRI and PET scanning can be performed simultaneously, and the images can be combined to show physiological activity superimposed on an anatomical map of the brain. The end result can be used to tell a surgeon the location of a brain lesion so it can be removed, Castillo said.

Recently, a new technique has been developed to literally see inside the brain. Called CLARITY (originally for Clear Lipid-exchanged Acrylamide-hybridized Rigid Imaging/Immunostaining/In situ hybridization-compatible Tissue-hYdrogel), it can make a (nonliving) brain transparent to light while keeping its structure intact. The technique has already been used to visualize the neurological wiring of an adult mouse brain.

Some scientists want to see inside the brain more figuratively. Enter brain-computer interfaces (BCIs or BMIs, brain-machine interfaces), devices that connect brain signals to an external device, such as a computer or prosthetic limb. BCIs range from noninvasive systems that consist of electrodes placed on the scalp, to more invasive ones that require the electrodes to be implanted in the brain itself.

Noninvasive BCIs include scalp-based electroencephalography (EEG), which records the activity of many neurons over large brain areas. The advantage of EEG-based systems is that they don't require surgery. On the other hand, these systems can only detect generalized brain activity, so the user must focus his or her thoughts on just a single task.

More invasive systems include electrocorticography (ECoG), in which electrodes are implanted on the surface of the brain to record EEG signals from the cortex. Since Wilder Penfield and Herbert Jasper pioneered the technique in the early 1950s, it has been used, among other purposes, to identify brain regions where epileptic seizures begin.

Some BCIs use electrodes implanted inside the brain's cortex. Although these systems are more invasive, they have much better resolution and can pick up the signals sent by individual neurons. BCIs can now even allow humans with paraplegia (paralysis of all four limbs) to control a robotic arm through thought alone, or allow users to spell out words on a computer screen using just their mind.

Despite many advances, a lot remains unknown about the brain. To bridge this gap, American scientists are embarking on a new project to map the human brain, announced by President Barack Obama in April, called the BRAIN initiative (Brain Research through Advancing Innovative Neurotechnologies).

But neuroscientists have their work cut out for them. "The brain is probably the most complex machine in the universe," Castillo said. "We're still a long way from understanding it."