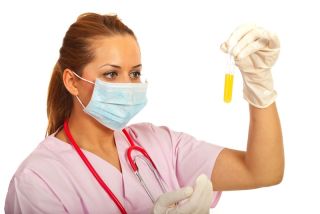 The popular notion that urine is sterile is a myth, new research finds.

Yes, the myth that comes up every time someone pees in a pool (or drinking water reservoir) is actually false. In fact, bacteria do live in urine, Loyola University researchers reported this week at the general meeting of the American Society for Microbiology in Boston.

Some of the bacteria may even be linked to certain bladder conditions that have long been believed to be neuromuscular, not infectious, in origin.

"We need to reassess everything we think we know about urine," study researcher Evann Hilt, a graduate student at Loyola, told Live Science.

For years, even doctors believed urine was sterile. The myth goes back 50 years, Hilt said, when a screening method for kidney infections was developed. It was a simple and easy test that was soon applied to bladder infections, too.

But the test involved culturing only a small amount of urine in open air, at a temperature of 95 degrees Fahrenheit (35 degrees Celsius) for 24 hours. Not all bacteria grow in those conditions. [Gallery: Bacteria in Your Belly Button]

Hilt and her colleagues suspected bacteria might be present in healthy urine because a previous Loyola study found bacterial DNA in healthy urine. But those results, published in April 2012 in the Journal of Clinical Microbiology, did not prove that the bacteria were living.

To get to the bottom of the mystery, the researchers cultured urine (collected via catheter) on various substrates and in different conditions, such as without oxygen or with more carbon dioxide. If the original test was like a single seed planted in sandy soil in full sun, this new version was like planting 100 seeds in a variety of soils and locations. The researchers also let the bacteria grow for 48 hours, not just 24.

They found whole swaths of bacteria not detected before in healthy urine, simply because no one had ever looked.

But about 15 percent of women have overactive bladder, and about half aren't helped by medications that target their muscles and nerves, Hilt added.

Among the bacteria discovered was Actinobaculum schaalii, which is known to sometimes cause infections in the lower urinary tract (though the women in this study did not have urinary tract infections). Another was Aerococcus urinae, which can cause urinary and heart infections, particularly in the elderly.

Medical researchers are very excited about studying the microbiome, or the bacterial populations that live in and on the human body.