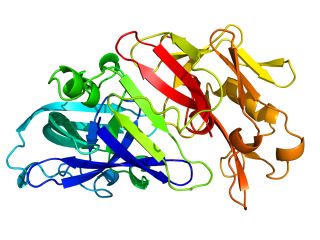 A 3D model of pepsin, an enzyme that digests food proteins into peptides.
(Image: © lculig / Shutterstock.com)

Enzymes are biological molecules (typically proteins) that significantly speed up the rate of virtually all of the chemical reactions that take place within cells.

They are vital for life and serve a wide range of important functions in the body, such as aiding in digestion and metabolism.

Some enzymes help break large molecules into smaller pieces that are more easily absorbed by the body. Other enzymes help bind two molecules together to produce a new molecule. Enzymes are highly selective catalysts, meaning that each enzyme only speeds up a specific reaction. [What Is Chemistry?]

The molecules that an enzyme works with are called substrates. The substrates bind to a region on the enzyme called the active site.

There are two theories explaining the enzyme-substrate interaction.

Whatever the case, the reactions that occur accelerate greatly — over a millionfold — once the substrates bind to the active site of the enzyme. The chemical reactions result in a new product or molecule that then separates from the enzyme, which goes on to catalyze other reactions.

Here's an example: When the salivary enzyme amylase binds to a starch, it catalyzes hydrolysis (the breakdown of a compound due to a reaction with water), resulting in maltose, or malt sugar.