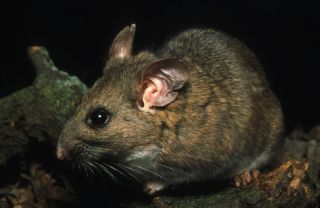 The Key Largo woodrat is in danger of going extinct.
(Image: © FWS)

A new study warns that Florida's efforts to breed endangered Key Largo woodrats in captivity are doomed. Critters brought up at a Tampa zoo and at Orlando's Disney World don't have as many babies as they do in the wild, and when released back into their natural habitat, the rats are more vulnerable to predators like hawks and feral cats.

"When we kept looking at the data, what we found was that you really couldn't breed enough woodrats to make it a viable strategy for population recovery," Robert McCleery, a wildlife ecologist at the University of Florida, said in a statement.

It might be hard to imagine conservationists rallying around rats, often considered disease-spreading invaders that have no problem keeping their population numbers high. But the Key Largo woodrat, a nest-building nocturnal rodent, is in danger of going extinct in its native habitat in Key Largo, the largest of the Florida Keys. [In Photos: A Stunning View of Rat Island]

Current population estimates of the species vary; a 2012 study in the journal Methods in Ecology and Evolution suggest between 78 and 693 individuals were left in Key Largo. Whether or not the real number is on the high or low end of that range, the population of woodrats has dramatically dropped since about 6,000 of the rodents were counted on Key Largo in 1984. The decline has been attributed to factors like increased development on the island and increased predation by cats, raccoons and other animals.

To fight woodrat extinction, wildlife officials in 2002 had established captive breeding facilities at the Lowry Park Zoo in Tampa and Disney's Animal Kingdom in Orlando. But the captive rats have failed to reproduce as they do in the wild, with females averaging just one offspring each year, McCleery said. In their natural habitat, females typically give birth to a litter of three or four twice a year.

What's more, predators killed most of the captive woodrats soon after they were released into the wild. In captivity, the animals seem to lose their natural (and useful) fear of people and predators.

For now, taking woodrats out of the wild for captive breeding programs could actually harm the existing population, McCleery and colleagues concluded. Breeding efforts won't help the species bounce back unless conservationists can figure out how to boost the reproductive success of captive individuals as well as the survival rate of the animals when they're released back into the wild, the researchers added. Their results were detailed this month in the journal Biological Conservation.

McCleery told LiveScience in an email that he didn't have data on the exact causes of death for woodrats in the wild, so he couldn't comment on the impact of cats specifically. But the website TakePart pointed out that wildlife managers on Key Largo have been battling a major cat problem. In 2010, the Fish and Wildlife Service issued a warning that explosive numbers of free-roaming cats could bring about the extinction of the Key Largo woodrat and other small mammal species like the Lower Keys marsh rabbit.

Officials called on residents to stop feeding feral cats and to keep their own pet felines indoors. But some communities have continued to feed Key Largo's roving cats — and they might be enabling rat-killers. A study published one year ago in the journal Nature Communications estimated that cats kill between 1.4 billion and 3.7 billion birds and between 6.9 billion and 20.7 billion small mammals each year.

To protect woodrats, officials with the Fish and Wildlife Service have been building artificial nests for the rodents that can guard against cat attacks; and they've even sent letters to the owners of offending cats warning that harassing an endangered species could result in fines, TakePart reported.