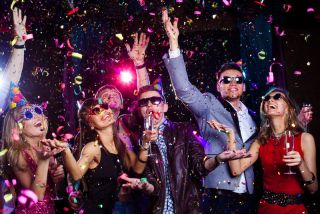 From insights into psychopathy to the discovery of a new type of boredom, psychology and the social sciences made contributions to celebrate in 2013.
(Image: © YanLev, Shutterstock)

Human beings are fascinating animals, capable of intense love or boiling hatred, deep contemplation or flagrant debauchery, selfless service or self-serving acts. Psychologists, neuroscientists, sociologists and other students of the human condition reaped a bounty of knowledge about the inner workings of today's Homo sapiens in 2013.

From political beliefs to social deviation to sexual attraction, here are the highlights of what science found out about you this year:

1. Politics determine where you live

When it comes to choosing where to live, Americans segregate themselves by political leaning, a study in December found. While researchers have known for some time that Americans tend to sort themselves into red and blue regions, the new study highlights the trend among individuals. People were more likely to move if the political views of the community where they lived the longest didn't match their own. These moves were likely the result of a desire to fit in, researchers say.

Humans may not be slaves to their biology, but basic biochemical drives do play a role in modern life. One study this year found that women may have a stronger sex drive during periods when they're more fertile, but work and their partner's desire can overrule these urges. Another study, detailed in March in the journal Psychoneuroendocrinology, revealed that women taking birth control pills prefer men who have less masculine faces. (Past research suggests masculine traits in men are linked to offspring with better immune systems.) [50 Sultry Facts About Sex]

A third study found that when women are at their peak fertility, they're drawn to the smell of "manly," testosterone-rich men. But the importance of hormones in human attraction is far from understood.

If you thought all boredom was the same, think again. Psychologists have identified as many as five distinct types of boredom, adding a new type this year marked by strong feelings of apathy. The other types of boredom include indifferent boredom, feeling relaxed and fatigued-but-cheerful; calibrating boredom, wanting to do something but not knowing what; searching boredom, actively thinking of things to do; and reactant boredom, feeling unhappy, angry or aggressive. This last type, along with the newly discovered apathetic form of boredom, are much more detrimental than other kinds of boredom, researchers say.

Society views psychopaths as heartless, manipulative and devoid of empathy. But new research challenges these notions, and sheds some light on why psychopaths exist in society. Brain scans of psychopaths watching others experience pain suggest they are, in fact, capable of empathy, though they seem to be able to switch it on or off. Unrelated research suggests that having the psychopathic tendency to manipulate people may be advantageous in certain situations. And other research suggests that heroes and psychopaths might have something in common: fearlessness. Many psychopaths have altruistic sides, and many heroes have a bad streak, researchers have found.

5. Babies are born with consciousness

Consciousness remains one of science's biggest mysteries. But researchers are zeroing in how consciousness first arises in humans. In fact, a study this year suggests that infants can experience consciousness as early as 5 months old. By fitting babies with tiny electrode caps, researchers detected signs of electrical activity that signified the little ones were conscious of what they saw. A separate study found that the act of being born triggers the development of the brain's sensory system.

Everyone's, like, heard it: The Valley Girl style of talking, marked by a rise in pitch at the end of sentences. Known as "uptalk," the speech style first made popular by affluent white girls in Southern California's San Fernando Valley has become common across all SoCal demographics, including men, research this year shows. Demonstrating its prevalence could combat negative stereotypes of its speakers as being ditsy or confused. Uptalk has also been found in Australia and New Zealand, and may be, like, totally spreading, for sure?

7. Brain wiring explains men and women's differences (or not)

People are always intrigued by the notion that men and women have different ways of thinking, and a recent study now suggests their brains are wired differently. But the findings come with caveats. The findings don't support the idea that all men are better navigators and all women have better verbal skills, as some would like to believe. The findings were also only averages, and don't apply to individuals. The effect sizes were also fairly small, and a randomly selected man or woman might show the opposite trend, critics say. So at least for now, scientists can't say for sure whether men and women are from different mental planets. [Men vs. Women: Our Key Physical Differences Explained]

Americans have long debated the link between gun ownership and gun violence, and several tragic events in the past couple of years have brought the debate back into the public spotlight. After the Newtown, Conn., elementary school massacre of 20 children and six adults (not including the shooter) in 2012, the National Rifle Association called for arming guards and teachers; the group claimed that more guns does not lead to more gun violence. But a Boston University study of gun ownership and gun homicides in all 50 U.S. states from 1981 to 2010 found a "robust correlation" between the two. [5 Milestones in Gun Control History]

9. Your caveman instincts get the best of you

Humans like to think they have come a long way from the days of wearing animal hides and grunting around a campfire, but humanity's caveman instincts haven't disappeared entirely. Evolutionary biologist Jason Lieberman told an audience at the American Museum of Natural History this year that humans evolved to be sweaty, fat bipeds who are furless and big-brained. Choosing the escalator over the stairs or eating sugar instead of veggies can be traced to the evolutionary need to conserve energy — a must for our human ancestors — studies suggest.

People may think they know their friends inside and out, but that may not be the case, psychologists say. Two common biases give rise to frequent misunderstandings. Humans tend to project their own intentions and wishes onto others, and people are also swayed by the crowd. These biases can lead to serious confusion, in which two people end up doing something that neither wants just because they think the other person is game.

If there's anything to take away from the year, it's that people don't understand themselves nearly as well as they think.