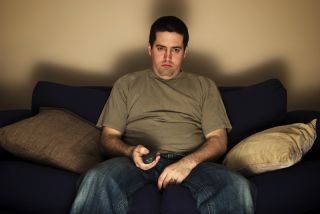 Complaining of boredom? You might want to be more specific.

According to new research, there are no fewer than five types of boredom — one more than previously theorized. This new type of boredom is marked by a strong strain of apathy, psychologists reported in the November issue of the journal Motivation and Emotion.

"Of particular concern is the relative frequency of apathetic boredom observed in the present research," lead psychologist Thomas Goetz of the University of Konstanz in Germany and his colleagues wrote. Among high-school students studied, they found, apathetic boredom made up 36 percent of their boredom experiences.

Boredom is ubiquitous, but relatively rarely studied compared with other emotions such as anger or happiness. That's likely because boredom is inconspicuous and quiet — it doesn't manifest with yelling fits or beaming grins, Goetz told LiveScience. The emotion does, however, matter for health and well-being. Studies have linked high rates of boredom with drug and alcohol use, stress, and school truancy and dropping out. [7 Thoughts That Are Bad For You]

In the 1930s, psychologists theorized that boredom might be multifaceted, and that there were different types of boredom. The idea didn't get much traction until decades later, but in 2006, Goetz and his colleagues asked people to report times when they felt bored. They found that people did indeed remember feeling boredom in different ways.

The findings led Goetz and his colleagues to propose four types of boredom, defined by the level of emotional arousal a person felt, from dull and slothful to restless and irritable, and by the positive and negative emotions they experienced while feeling bored.

The first type, indifferent boredom, was defined as a low state of arousal and slightly positive emotions, on balance. The indifferently bored feel relaxed and fatigued-but-cheerful. They are generally indifferent to the world and want to withdraw.

The second type, calibrating boredom, is marked by slightly higher arousal and slightly negative emotions. People in this state want to do something, but they don't know what. Their thoughts may wander, but they aren't actively searching for alternatives to the dullness.

Searching boredom, the third type, is marked by much more active looking for something to do. People experiencing searching boredom are more emotionally aroused and feel more negative than the first two types. They feel restless and think specifically of hobbies or activities they'd prefer to be doing.

The final type of boredom Goetz and his colleagues posited was reactant boredom, easily the most negative of the bunch. People in this state feel very unhappy, even angry or aggressive. Imagine being trapped in a lecture hall listening to someone drone on about a dull topic for hours on end. That antsy desire to escape illustrates reactant boredom.

But these boredom types were based on qualitative musings by people recalling their emotional states, a method that can introduce bias. To shore up their findings, Goetz and his colleagues turned to a more rigorous study. They equipped 63 German university students and 80 German high-school students with handheld personal digital assistants (PDAs). These PDAs were programmed to chime randomly six times per day, prompting the participant to answer a series of questions about what they were doing and how they were feeling that moment. If they reported boredom, the participants were asked about how it felt to be bored.

The findings confirmed the existence of the four boredom types Goetz and his colleagues originally proposed. But there was a surprise: a fifth boredom type the researchers hadn't anticipated that they have dubbed "apathetic boredom."

"We did not except this type of boredom at all," Goetz said.

The researchers found that people experiencing apathetic boredom reported few positive emotions, but also few negative emotions, unlike reactant boredom. That's not to say the participants enjoyed being apathetically bored — in fact, it was a far more unpleasant experience than calibrating, searching, or indifferent boredom. It was just as aversive as reactant boredom, the researchers found, but it lacked the irritability and antsy feelings of that other unpleasant boredom state. Apathetic boredom was more like depression in that participants felt flat and incapable of emotion.

"Apathetic boredom seems to be similar to learned helplessness or depression," Goetz said. Learned helplessness is a depression-like state that occurs when people or animals are so beaten down by circumstances that they stop taking opportunities to improve their condition.

The study further found that people are most likely to feel reactant or apathetic boredom in "achievement settings" like school and work. In those settings, the person's time is not his or her own, and alternative activities may be limited.

"The effects of reactant and apathetic boredom seem to be much more detrimental as compared to those of indifferent or calibrating boredom," Goetz said. "For parents, for example, it is also very important to know what types of boredom their children experience."

Editor's note: This article was updated Dec. 6 to add quotes from Thomas Goetz.