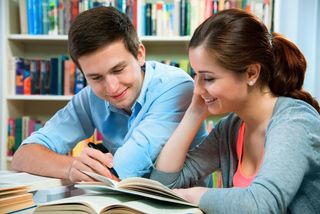 College students tend to believe their peers are more sexually active than they actually are, studies show.
(Image: © College couple photo via Shutterstock)

SAN FRANCISCO — How well do you know what your loved ones are thinking?

If you're like many people, you may think you've got your closest confidants pegged.

But it turns out, two common, and very human, biases may cause people to frequently misunderstand each other. And in some ways, those biases may be worse between close pals.

"Even though we think we can easily jump into the heads of others, sometimes we're more stuck in our own heads than we think we are," said Laurie Santos, a psychology professor at Yale University, on Sept. 28 here at the Being Human conference, a daylong event focusing on questions about the science and mystery of the human experience.

By the same token, other people's perceptions often unduly influence our own, making it hard to untangle others' genuine desires. [Top 10 Mysteries of the Mind]

Humans are skillful mind readers, having an extraordinary ability to guess what others are thinking from a very young age.

Yet for all that, human beings are stuck with two cognitive biases that make them prone to misunderstanding each other, Santos said. One, called the egocentric bias, causes humans to project their own intentions and wishes onto others more than they realize.

In a series of studies reported in 2004, researchers placed a shelf of objects in the middle of a room. On one side, a participant called out instructions — such as "move the small car to the left" — to a confederate on the other side.

The catch? Because some of the shelves had backs, each person saw a slightly different collection of visible objects, and one person's small car might be the second-smallest car to his partner.

The team found that children tended to tell confederates to move objects from their point of view. Older people were able to put themselves in the perspectives of their partners, but only with much more effort and time.

Interestingly, when the confederate was a friend, participants thought they would be much better at the task. In reality, they did much worse.

Despite human confidence, people are only imperfectly able to read the minds of others.

This unbridled confidence may explain why it's so easy to get into misunderstandings with loved ones — people think, mistakenly, they know each other so well.

At the same time, humans are also often swayed by others' perceptions, a glitch known as altercentric bias, or humans' second cognitive bias, Santos said.

"As you read minds sometimes you take more into account what others are thinking than what you yourself know to be true," Santos said.

And when children are given a task of fetching a candy from a box, they will repeat silly, unnecessary steps that they've seen an adult perform minutes beforehand — even if the box is transparent and they can plainly see how it works. Chimpanzees are much more rational. They will follow the steps of a human if they don't know how the box works, but if it's transparent, they go straight for the most efficient way to the treat. [Clever Chimps: 8 Humanlike Behaviors of Primates]

The duo of cognitive biases can lead to myriad misunderstandings, some of them quite dire.

For instance, in casual hookups, people tend to overestimate how comfortable their partners are with particular sexual acts, even when they feel discomfort, according to a 2010 study in Evolutionary Psychology.

And they may, in turn, let that perception of another's attitude toward sexual acts color their own decision. So if they're not careful, people could wind up in situations where nobody is truly OK with what they're doing, but both people are doing it anyways, Santos said.