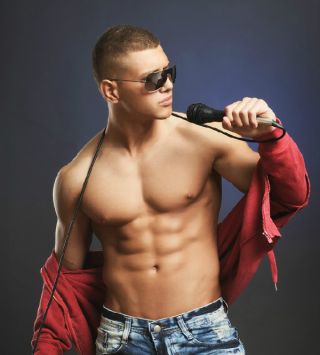 Images like this in music videos made men dissatisfied with their own bodies in a recent study.
(Image: © djile | shutterstock)

Beautiful bodies populate music videos, so it’s no surprise that several studies have shown that women feel less satisfied with their own physiques upon watching them.

Men aren’t immune either, indicates a new study, in which researchers exposed members of the less fair sex to clips showing well-muscled, attractive male singers and then assessed the viewers' moods and body image.

After viewing these clips, the men appeared angrier and less satisfied with their own muscle tone and bodies, the Australian team's analysis indicated. These men's responses were compared with those who saw videos featuring more average-looking male singers or those showing scenery and animation. A total of 90 men, ages 17 to 59, participated in the study.

All of the music was selected from Australian "Top 30" programs or was released in the previous six years, write the researchers from the University of the Sunshine Coast and Australian Catholic University in Australia.

"The findings are consistent with past research on women and adolescent girls, which has demonstrated that even brief exposure to thin and attractive models in (music video clips) can significantly affect body satisfaction," they write in results published online June 4 in the journal Body Image.

They did not find any effect on measures of depression and confidence.

The researchers caution that the participants viewed the clips in a more concentrated way than they would naturally watch, and that other factors, such as the singers' ages, facial attractiveness or the style of the clips may also have influenced the men's reactions.