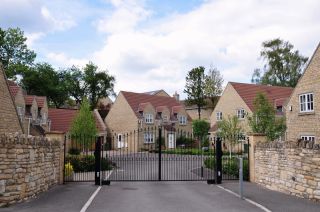 Americans of a feather flock together in order to feel like they fit in, new research finds. The resulting political sorting could make it easier for Democrats and Republicans to demonize one another.

The notion that Americans might be segregating themselves into red conservative communities and blue liberal enclaves is not a new one. Journalist Bill Bishop called attention to the trend in his book "The Big Sort: Why the Clustering of Like-Minded America is Tearing Us Apart" (Mariner Books, 2009). But the new study is the first to examine the sort on an individual level, said study researcher Matthew Motyl, a doctoral candidate in social psychology at the University of Virginia. Previous research suggests that people tend to marry spouses who agree with them politically.

"There's this political problem that people are segregating into red and blue communities, but we don't know why this happens," Motyl told LiveScience.

One possibility, for example, might be that people are born in a place that shapes their beliefs, swaying them toward liberal or conservative ideologies. But Americans also move frequently — 40 million to 50 million Americans change their residence each year.

Motyl and his colleagues wanted to examine why, and whether politics played any role. They set up a series of studies that examined people's feelings of ideological "fit" in their hometowns. People may try to move to places where they feel they fit in, the researchers reasoned, or they may move to avoid places where their values are alien. [Life's Extremes: Democrats vs. Republicans]

In the first study, the researchers queried more than 1 million U.S. visitors to the psychology research website Project Implicit, all of whom reported their political views, the ZIP code where they had lived longest, and their current ZIP code. In cases where those two ZIP codes were different, the researchers analyzed how well the person fit into each, using voting patterns as a guide.

The results showed that people were more likely to move if their political beliefs did not match those of their community of longest residence. They were also more likely to end up in a ZIP code that better matched their ideology. Eighty percent of people living in communities where they didn't fit in ended up moving, compared with 50 percent of people in communities that matched their beliefs.

In a second study, based on 1,236 U.S. visitors to the psychology testing website yourmorals.org, researchers collected similar data, but also asked if people felt they belonged in their current ZIP code, and if they wanted to move. People were less likely to say they felt a sense of belonging, and more likely to want to move, when their political beliefs didn't match the area's overall voting pattern.

Those studies proved a correlation between feeling like a misfit and relocating, but Motyl and his colleagues wanted to know if the "outsider" feelings were the cause of the desire to move. They recruited 102 University of Virginia students and asked them to read passages about politics at the university. Some of the students read information that made it seem like UVA was moving away from them, politically. A liberal might get a passage stating that UVA was becoming more conservative, for example.

The researchers then asked the students how satisfied they were with their university, whether they felt they belonged and whether they'd considered transferring. Those who had been told they were political outliers at UVA felt less belonging and were more likely to say they'd thought of transferring.

In a second experiment, 84 undergraduates with moderate or neutral political beliefs completed a skewed test to make them think they were more liberal or conservative than they really were. Next, they read the same passages as the previous students about UVA. Again, those who felt their political beliefs did not fit with their fellow students felt less belonging and were more likely to say they wanted to transfer — even though the political beliefs they identified with were, in effect, false.

Research suggests that moving to ideologically similar communities is good for individuals, Motyl said. People who feel they fit in are happier and healthier. The communities might benefit from the increased trust and camaraderie, as well. But on a national level, it's harder for a person to see a political opponent as human if they don't have nice chats with Dennis the Republican or Erika the Democrat over the white picket fence.

The take-home message is that the desire to fit in is driving the great American sort, the researchers report in an upcoming issue of the Journal of Experimental Psychology. The trend is a new one, Motyl said; only in the last several decades have the political parties become internally consistent. There are no longer conservative Democrats and liberal Republicans on the national stage, he said. [7 Great Dramas in Congressional History]

"The most liberal Republican is still more conservative than the most conservative Democrat, so now the parties make more coherent sense," he said. "Whereas before, liberals and conservatives were in both parties."

As a result, politics now touches on everything in life, from religion to cultural preferences to consumer desires. The ratio of bookstores to gun stores in a town can predict whether the population votes Democrat or Republican, Motyl said. It's these cues that people may note when deciding whether they feel comfortable in a particular area.

"Politics isn't just politics," Motyl said. "It's more about how we view the world."