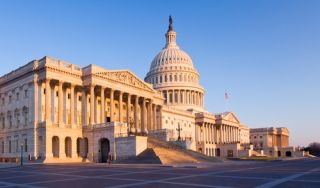 The current government shutdown has both Republicans and Democrats laying blame, with each side claiming the other won't compromise. While science can't fix political gridlock, it can answer one big question: Is one side naturally more intransigent than the other?

New research suggests not. In fact, political liberals and political conservatives are approximately equally convinced of the superiority of their views — though which views they feel smug about differ. Conservatives, for example, are certain their views on the income tax rate are superior, while liberals are sure they know best about government welfare programs.

The study researchers looked at average Americans, not politicians, and they didn't examine whether either side's beliefs were objectively true. Still, there's reason to believe the results reflect on the current congressional standoff, said study researcher Kaitlin Toner, a postdoctoral fellow at Vanderbilt University in Nashville, Tenn.

"If you feel really superior about your beliefs, then it's going to make it really hard to compromise," Toner told LiveScience. [7 Great Dramas in Congressional History]

The superiority of beliefs

Previous research has found that conservatives tend to be more dogmatic and less open to new ideas than liberals, leading some to suggest conservatives might also be more certain of the superiority of their beliefs. Other psychologists have argued that both sides have a smugness problem, and that extremism and superiority go hand-in-hand.

People tend to see extremists as firm in their alleged superiority, but there's really no reason why people with far-out views should be convinced that their opinions eclipse all others, Toner said.

"If somebody held a really moderate view on tax policy, for example, there's no reason they shouldn't think their views are better than anybody else's," she said.

Nor does superiority necessarily go hand-in-hand with dogmatism, she added. A person could hold a belief they felt superior about, change that belief, and go right on thinking their new belief is the only valid one out there. And plenty of people hold strong beliefs but understand that others also have valid points of view.

To find out whether conservatism or extremism yields superiority, Toner and her colleagues recruited 587 American adults between ages 8 and 67 using Amazon's Mechanical Turk service. The participants filled out a questionnaire about their beliefs about nine controversial liberal/conservative issues: health care, illegal immigration, abortion, government aid to the needy, voter identification laws, income tax rates, torture of terrorists, affirmative action and the extent to which religion should influence laws.

After sharing their beliefs on these issues, the participants ranked how sure they felt about each belief on a 5-point scale. They also filled out a separate questionnaire to reveal their dogmatism.

As in previous studies, conservatives proved to have more dogmatic personalities. But they weren't more likely to feel superior about their beliefs than liberals. In fact, both sides felt equally superior in three areas apiece. For conservatives, those areas were income tax rates, voter ID laws and affirmative action. Liberals, on the other hand, were sure that their beliefs on welfare, the torture of terrorists and religion and the law were beyond reproach.

There was no difference in feelings of superiority about health care, immigration and abortion.

The scientists aren't sure why people on the extreme ends of the political spectrum should become convinced that their views beat all others. One possibility is that people who've gone out on a limb with a nonmainstream view need to feel good about taking that risk.

"People … want to see themselves as good or as smart, so it may be that once you pick an attitude, you have to justify that attitude," she said.

The superiority trap could have national ramifications, Toner added. If a person feels others' opinions carry no weight, they're unlikely to seek out media that provides another point of view. As a result, they could become even more polarized in their beliefs, electing officials who are less likely to cross party lines.

"I think this finding should be kind of a warning for people," Toner said. "Maybe they should stop and question their own beliefs."

Toner, who conducted the research while a graduate student at Duke University, reported the findings along with her colleagues online Oct. 4 in the journal Psychological Science.