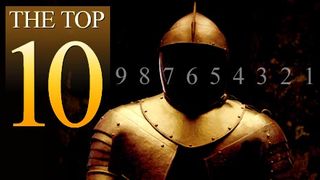 Immortalized in the film Braveheart and perhaps the most famous torture device of all time, the rack—which continually stretches its victim's body in opposite directions–wasn't likely ever used in England until the very end of the 15th-century and the medieval period. It was employed freely along with other devices beginning in the torturous heydays of the 1500s, when Queen Elizabeth I and other European monarchs began purging their countries of religious opponents.

Off With You Ear?

Mutilation, like the severing of an ear or hand, was occasionally used as a punishment against those who'd committed serious crimes, especially in larger jurisdictions like London. More often, though, medieval law enforcement simply used the prospect of losing bodily bits and pieces as an empty threat, rarely actually carrying out the deed (one wonders how long it took criminals to figure that out?).

Though a few pagan "witches"-as presumed by their persecutors-were certainly tried and burned at the stake during medieval times, it is only during the Reformation period (beginning in 1550, commonly) that this practice really took off and hit full stride. Still, even at the height of hysteria, witches in England were rarely burned. They were usually hanged instead.

Beheading-swift and painless, as long as the axe was sharp-was considered a "privileged" way to die and was reserved mainly for members of nobility, rarely commoners. Treason was their crime of choice and the loppings usually took place inside private castle walls.

Royal Highnesses High Above the Law?

Well, kind of. While medieval nobles did enjoy certain privileges when it came to bending laws or decreeing new ones to serve their purposes, most European countries had legislation preventing their kings and queens from completely running amok. England's Magna Carta, which limited the monarchy's financial powers among other things, is just one example.

Hollywood would have us believe that medieval evil-doers were killed on whim and often in public squares for everything from slapping a soldier to stealing the king's chickens. In truth, capital punishment was sentenced only in the most serious of cases, which included murder, treason and arson. Perpetrators were most often hanged.

Out of Sight, Out of Mind?

Criminals who committed lesser offenses were often subject to a policy of three strikes and you're out-literally. Rather than killing them off or letting them clog up prisons, repeat offenders were often simply banished from a city and not allowed back. Humane and cost efficient? Yup-just don't tell the next, unsuspecting town over.

The pious Middle Ages were serious about their religious offenses, and each town's church generally ran its own kind of court to investigate everything from bad attendance to heresy. However, the church was also a place where criminals could avoid sentencing or punishment: the concept of sanctuary was well known in medieval times and let offenders hang out, and even escape the country, without fear of being followed.

Earlier medieval communities had much more social responsibility than today, in fact. If one member of a village claimed they'd been wronged, he or she would raise a "Hue and Cry" and every resident had to join in the hunt and persecution of the criminal or else they would all be held responsible as a whole.

Most medieval communities did have actually a judge and jury system, though hearings were much speedier than today's lengthy, made-for-TV affairs, generally lasting less than a half-hour. If the judge so chose, he (and it was always 'he') could ask a few simple questions and deliver a verdict himself without ever consulting the jury.