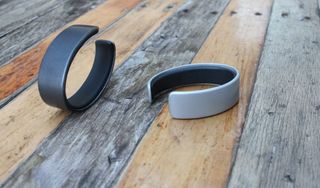 A new activity tracker called AIRO wristband claims to analyze what you eat with a sensor on the wrist,
(Image: © Airo Health)

A new activity tracker claims to be able to analyze what you eat using a sensor on the wrist — no food diaries needed — but experts are skeptical of the claim.

Activity trackers are devices that measure a person's activity, such as steps, calories burned and distance walked, and are part of the “quantified-self” movement, or the use of technology to collect data about oneself. Many activity trackers that have hit the market in recent years measure food intake in indirect ways, such as by asking users to upload calorie information, or even take pictures of their food.

But the new device, called AIRO, which launched today, is different in that it has a wristband with a spectrometer, which is an instrument that analyses light, according to the makers of the device.

The device shines LED lights at different wavelengths, "to look into the bloodstream and detect metabolites as they are released while and after you eat," the company, Airo Health, said in a statement. "This allows AIRO to measure caloric intake and even the quality of meals consumed, providing recommendations on ways to improve nutrition." [5 Crazy Technologies That Are Revolutionizing Biotech]

AIRO can distinguish between different nutrients (like protein, carbohydrates and fat) because they will interact with light differently, Airo Heath CEO Abhilash Jayakumar told Engadget.

"We might be able to see a difference in waveform that would show you whether something is better or worse for the body," Jayakumar was quoted as saying.

According to AllThingsD, the company does not yet have a working prototype of the device, but that hasn't stopped them from taking preorders (at $149 each). The company plans to have a prototype ready by December, and it will ship devices in the fall of next year.

However, some were skeptical about the device's claims.

While it is plausible that a spectrometer could detect different nutrients in a blood sample, the AIRO device would be limited in several ways, said Michelle MacDonald, a clinical dietitian at National Jewish Health hospital in Denver.

For one, the device would need to sense through the skin "into the various streams of blood that happen to be flowing in the small vessels in your wrist," MacDonald said.

"Most of the nutrients in the foods you eat are absorbed by the gut, then sent to the liver first and foremost through the portal vein for absorption and processing. What ends up in your wrist is a distant remnant of what is absorbed from your meal," MacDonald said.

In addition, the spectrometer would need to be relatively cheap in order to keep the device cost affordable, which would limit its sensitivity, MacDonald said.

MacDonald said whatever the device could detect "cannot be valued any better or more than making a value judgment of the ingredients on the food label."

As of publication time, Airo Health had not responded to requests for comment from LiveScience. However, Jayakumar told Engadget that AIRO's calorie numbers might differ from those of food package labels "because different people process foods differently."