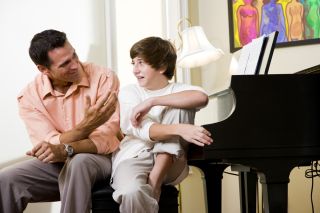 Despite the popularity of paternity tests and the guest lineup of the "Maury Povich" show, most men are not being duped into raising children who are not their own, new research suggests.

At least in Flanders, Belgium, about 1 to 2 percent of children have been raised by men who are not their biological fathers over the last 400 years, the study showed. That is substantially lower than past estimates gleaned from rates of adultery and other family research, which suggested the rate of cuckoldry could be as high as 30 percent.

"This is a little bit unexpected by some people, because now we have contraceptives," said study co-author Maarten Larmuseau, a forensic biologist at the University of Leuven in Belgium. "So some thought it will be higher in earlier times than now, but that was not the case."

Still, the findings may not hold in other parts of the world, where cultural differences could change the frequency of cuckoldry, Larmuseau said.

From an evolutionary standpoint, stepping out on a partner has clear potential benefits for men — namely, the chance to sire more children. But sleeping around may also offer women benefits as well, such as having kids with more genetically fit males, insurance against their partner's infertility and potentially greater access to resources. [Life's Extremes: Monogamy vs. Polygamy]

Studies suggest that in modern Western societies, between 15 and 50 percent of women cheat on their partners. But whether those women actually have children with their flings was a different story.

In some studies, there is a 1 to 3 percent rate of misattributed paternity in modern Western European societies. But contraceptives are ubiquitous, making some researchers wonder whether this phenomenon was more common in the past, when having a child by accident was relatively commonplace.

To test that idea, Larmuseau and his colleagues gathered genetic data on about 1,500 Flemish men from the Flanders region of Belgium. They also collected the men's genealogical records going back to at least 1800. To ensure the sample wasn't biased, the team collected a random sample of men from across the socioeconomic spectrum.

Occasionally, men in the group shared the same paternal ancestor in genealogical records. Tests overwhelmingly revealed that when records showed someone had the same distant ancestor, so did the genes. That match suggested the rate of misattributed paternity was relatively low.

In a second experiment, the researchers looked at a population of men with French last names whose ancestors (like Larmuseau) emigrated from Northern France during turmoil in the 1600s. Even after 400 years, DNA from the male sex (Y) chromosome looked very different between those with French versus Flemish last names, suggesting the rate of misattributed paternity was low.

Both methods showed a rate of mistaken paternity of about 1 to 2 percent.

The findings suggest the rate of cuckoldry has been consistently low in this population for the last 400 years. Still, it's hard to draw conclusions about past or current levels of promiscuity, because the records can't reveal why a man would raise a child who was not genetically his. Perhaps a man was duped into thinking he was the father, or he knowingly adopted the child.

Either way, amateur and professional genealogists can breathe a sigh of relief.

"Genealogical records are mostly correct and you can use these for sociological research," Larmuseau said.

The findings were detailed today (Oct. 22) in the journal Proceedings of the Royal Society B.