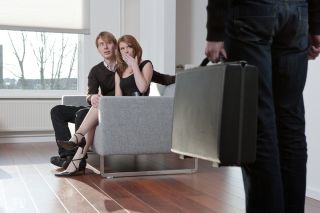 A fear of sexual failure combined with a lack of concern about sexual consequences makes both men and women more likely to cheat on their partners, a new study finds.

While it may seem counterintuitive that someone with performance anxiety would seek out something extra on the side, insecure cheaters might look for risky situations to boost their sexual arousal, researchers reported online June 11 in the journal Archives of Sexual Behavior. Or they may be trying to avoid the baggage of their sexual anxiety.

"People who score high on this [trait] may feel less pressure when they're engaging with a person who doesn't know their sexual history," study researcher Kristen Mark, a doctoral candidate at Indiana University, told LiveScience.

Estimates of how many cheaters exist differ based on how cheating is defined. However, several nationally representative studies in the 1990s put the numbers at about 20 percent to 25 percent of men and 10 percent to 15 percent of women. In the past five to seven years, however, the cheating gender gap has closed, Mark said, with women cheating at similar rates as men. [10 Surprising Sex Statistics]

Using an online survey, Mark and her colleagues asked 506 monogamous men and 416 monogamous women about their relationship quality, sexual behaviors and whether they'd cheated in their current relationship. The median age of the study participants was 31, and half were married.

Both genders cheated at similar levels, the survey revealed: 23 percent of men and 19 percent of the women said they had done something sexual with a third party that could jeopardize their relationship if their partner ever found out. People who had cheated were about half as likely to be religious than non-cheaters, and slightly more likely to be employed. Unsurprisingly, cheating was also associated with unhappy relationships.

But most important of all were the participants' sexual personalities. Men who reported that they easily became sexually excited were more likely to cheat. For every unit increase in sexual excitability, propensity to stray went up 4 percent. Women's sexual excitability wasn't related to cheating, though their relationship satisfaction was. Being unhappy in a relationship or feeling incompatible with a partner increased the likelihood that a woman would cheat by between 2.6 percent and 2.9 percent.

For both men and women, fear of sexual consequences and anxiety about sexual performance influenced infidelity. When people had little concern about the consequences of sex — including pregnancy, sexually transmitted diseases and being caught Tweeting pictures of your crotch to strangers — they were more likely to step out on their partner. One unit of increase in concern on this scale made women 13 percent less likely to cheat and men 7 percent less likely to cheat.

Anxiety about one's own sexual performance had the opposite effect. People who worried a lot about their ability to stay aroused or orgasm cheated more often —women by 8 percent for every increase in concern about their sexual function and men by 6 percent.

The important takeaway, Mark said, is that understanding sexual personality is important to understanding infidelity. If you're worried about, say, marrying a politician because he or she might cheat on you, you might be better off looking at the person's attitudes in bed than his or her day job.

"We found that some of those demographics were important," Mark said. "But once you included all these other variables, we realized quickly that they weren't nearly as important, and their relative importance disappeared."