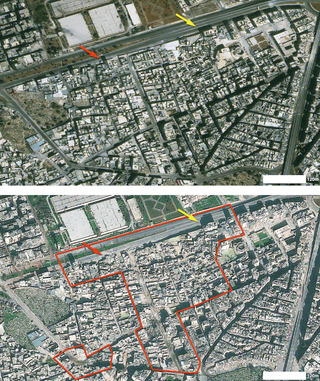 As the United States mulls military action in Syria, public support for such a strike may be the lowest of any American intervention in the last two decades, a new Gallup poll found.

On Sept. 3-4, Gallup surveyed a nationally representative sample of 1,021 American adults and found that 36 percent favor intervening in Syria for the suspected use of chemical weapons by President Bashar al-Assad's government against its own people.

Gallup noted that Americans tend to rally around military actions after they first begin. The polling organization observed such a pattern in previous conflicts.

Before the 2003 U.S. invasion of Iraq, for example, 59 percent favored military action in the country, but 76 percent approved after it began. Initial support for action in Afghanistan in 2001 was much higher — at 82 percent — and even that grew to 90 percent once the war started, Gallup found at the time.

But Gallup says the low level of support for war measures in Syria could be part of an overall trend.

"Americans, at least initially, were much more supportive of previous military engagements," Gallup officials said. "But after more than a decade of conflict in Afghanistan and Iraq, war fatigue may be lingering."

The pollsters point to post-intervention public support for the United States' 2011 military action in Libya, which was also at a low of 47 percent.

Among recent conflicts, pre-strike public support was the lowest for U.S. engagement in Kosovo in 1999. A month before the United States participated in a NATO bombing campaign to prevent genocidal attacks against Kosovar Albanians, Americans were divided against such action (43 percent in favor versus 45 percent against). There was a slight uptick in support after the military strikes began, with 51 percent in favor of U.S. intervention and 45 percent against, according to a Gallup poll conducted from April 30-May 2, 1999.

Like in past conflicts, Gallup's recent polling data have also revealed a partisan divide in opinions about potential military action. In the case of Syria, Democrats are divided on the question of intervention (45 percent in favor vs. 43 percent against) while a strong majority (58 percent) of Republicans remain opposed. Gallup attributes these figures to the fact that President Barack Obama, a Democrat, is leading the call for action.