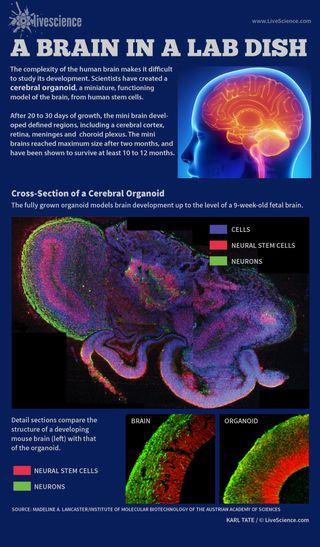 The complexity of the human brain makes it difficult to study its development. Scientists have created a cerebral organoid, a miniature, functioning model of the brain, from human stem cells.

After 20 to 30 days of growth, the mini brain developed defined regions, including a cerebral cortex, retina, meninges and choroid plexus. The mini brain reached its maximum size after two months, and can survive indefinitely.

The fully grown organoid is comparable to a 9-week-old fetal brain.