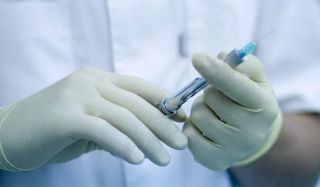 Seasonal flu shots have prevented about 13.6 million cases of illness over the last six years, according to new estimates from researchers at the Centers for Disease Control and Prevention (CDC).

The researchers analyzed information from each flu season between 2006 and 2011, including the number of flu illnesses and flu hospitalizations, as well as how well the vaccine worked and the total number of people who were vaccinated each year.

The biggest benefit of flu vaccination occurred during the 2010 to 2011 flu season,when 5 million illnesses, 2.1 million doctor's visits and 40,400 hospitalizations were prevented.

The smallest benefit, in terms of avoided illnesses, was seen during the 2006 to 2007 flu season, when about 1.1 million flu cases were prevented. This relatively smaller impact was likely due to the fact that overall, fewer people got sick with flu that season compared with other seasons.

While flu vaccination has had a substantial health benefit, even more flu cases could be prevented if more people — particularly young and middle-aged adults — were vaccinated, the researchers said. Figuring out a way to boost flu vaccines' effectiveness in the elderly would also increase the number of avoided illnesses, the researchers said.

The study is published today (June 19) in the journal PLOS ONE.