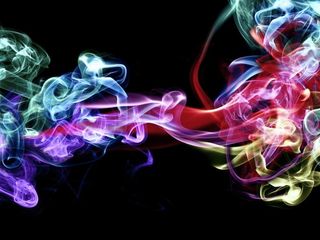 Restricting the use of psychoactive drugs in research represents the most serious case of scientific censorship since the Catholic Church banned the works of Copernicus and Galileo, some scientists say.

In a paper published online today (June 12) in the journal Nature Reviews Neuroscience, a group of researchers argues that drug laws enacted in the United States and the United Kingdom during the 1960s and 1970s have hindered vital research into the drugs' functions and therapeutic uses.

The laws were designed to prevent drug use and drug harm, but they failed to do that, said paper co-author David Nutt, a psychopharmacologist at Imperial College, London. "The unintended consequence is they've really impeded research and development," Nutt told LiveScience. [Trippy Tales: The History of 8 Hallucinogens]

Nutt and his colleagues focused on three classes of drugs restricted by national laws and international conventions: cannabis (marijuana), MDMA (ecstasy) and psychedelics. Three United Nations treaties from 1961, 1971 and 1988 put a legal system in place for controlling the use of these psychoactive drugs, both for recreational or research purposes.

Prior to these restrictions, studies investigating these drugs had demonstrated important therapeutic uses, the authors argue. Marijuana has long been used medicinally and can be used to relieve pain and muscle spasms in people with AIDS and multiple sclerosis, for example. Ecstasy has been found to help treat post-traumatic stress disorder and help couples improve communication in their relationships. And LSD, or acid, has been used to treat alcoholism, Nutt said.

Aside from medicinal uses, Nutt and colleagues say psychedelic drugs can play a role in probing the nature of consciousness, because they induce changes in the conscious state. The drugs activate a receptor in the brain called 5HT-2A, which is most prevalent in the brain's outer layer, or cortex, in areas involved in sensation and emotion.

"We cannot understand the brain if we're not studying drugs," Nutt said.

The restrictions were designed to protect against the drugs' perceived dangers, but these dangers are overstated, and are often less severe than those from alcohol, Nutt and his colleagues write. The regulations make it almost impossible to conduct the research necessary to challenge these perceptions, Nutt said.

Because of the illegal status of these drugs, finding funding to study them can be very challenging. What's more, the drugs are not easy to obtain — standard chemical manufacturers don't produce them, and the cost for custom synthesis is prohibitively high. For example, the researchers, in their paper, cite a company in Boston that produces psilocybin, the active ingredient in magic mushrooms, at a cost of $12,000 per gram (0.04 oz).

Nutt is one of the few scientists doing research on these psychedelic drugs, and his findings have "opened up a whole new way of how the brain works," he said.

From a scientific standpoint, research on psychedelic drugs was deemed important before the drugs were banned in the early 1960s. Robert F. Kennedy once questioned the U.S. Drug Enforcement Administration (DEA), saying, "if [clinical LSD projects] were worthwhile six months ago, why aren't they worthwhile now?" Still, the bans went ahead.

The restrictions aren't absolute, however. Seventeen U.S. states have legalized marijuana for medicinal use, and in Colorado and Washington, marijuana is now legal for personal use. Still, researchers face many hurdles in obtaining and working with marijuana and other drugs.

"It's time for scientists to stand up and change things," Nutt said.