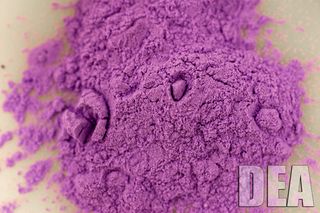 LSD, or acid, and its mind-bending effects have been made famous by pop culture hits like "Fear and Loathing in Las Vegas," a film about the psychedelic escapades of writer Hunter S. Thompson. Oversaturated colors, swirling walls and intense emotions all supposedly come into play when you're tripping. But how does acid make people trip?

Life's Little Mysteries asked Andrew Sewell, a Yale psychiatrist and one of the few U.S.-based psychedelic drug researchers, to explain why LSD short for lysergic acid diethylamide does what it does to the brain.

His explanation begins with a brief rundown of how the brain processes information under normal circumstances. It all starts in the thalamus, a node perched on top of the brain stem, right smack dab in the middle of the brain. "Most sensory impressions are routed through the thalamus, which acts as a gatekeeper, determining what's relevant and what isn't and deciding where the signals should go," Sewell said.

"Consequently, your perception of the world is governed by a combination of 'bottom-up' processing, starting ... with incoming signals, combined with 'top-down' processing, in which selective filters are applied by your brain to cut down the overwhelming amount of information to a more manageable and relevant subset that you can then make decisions about.

The main theory of psychedelics, first fleshed out by a Swiss researcher named Franz Vollenweider, is that drugs like LSD and psilocybin, the active ingredient in "magic" mushrooms, tune down the thalamus' activity. Essentially, the thalamus on a psychedelic drug lets unprocessed information through to consciousness, like a bad email spam filter. "Colors become brighter , people see things they never noticed before and make associations that they never made before," Sewell said.

In a recent paper advocating the revival of psychedelic drug research, psychiatrist Ben Sessa of the University of Bristol in England explained the benefits that psychedelics lend to creativity. "A particular feature of the experience is ... a general increase in complexity and openness, such that the usual ego-bound restraints that allow humans to accept given pre-conceived ideas about themselves and the world around them are necessarily challenged. Another important feature is the tendency for users to assign unique and novel meanings to their experience together with an appreciation that they are part of a bigger, universal cosmic oneness."

But according to Sewell, these unique feelings and experiences come at a price: "disorganization, and an increased likelihood of being overwhelmed." At least until the drugs wear off, and then you're left just trying to make sense of it all.