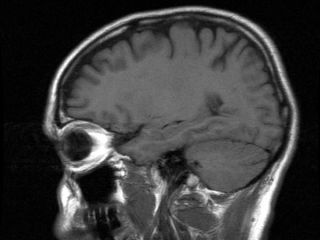 The brain is an amazing thing. Our brains help us learn, create, and imagine, and often it seems that there's almost nothing that our magical three pounds of neurons can't do.

But many people believe we only use 10 percent of our brains. In fact, some claim that people with extrasensory perception (ESP) are merely able to use more of their brains than other people. After all, imagine what we could do by tapping into the other 90 percent we're not using!

Unfortunately for those who believe this idea, the 10 percent figure is a myth.

The fact is that people use all of their brains. Researchers using brain imaging research techniques, such as positron emission tomography (PET) scans and functional magnetic resonance imaging (fMRI), have found that brain scans clearly show that the entire brain is used, according to Barry Beyerstein, a professor of psychology at Simon Fraser University.who has studied the myth for years.

The last century has witnessed the advent of increasingly sophisticated technologies for snooping in the brain's traffic," according to the book "50 Great Myths of Popular Psychology: Shattering Widespread Misconceptions about Human Behavior," (Wiley-Blackwell, 2010). "Despite this detailed mapping, no quiet areas awaiting new assignments have emerged. In fact, even simple tasks generally require contributions of processing areas spread throughout virtually the whole brain.

The 10 percent myth suggests that most of the brain is just waiting to be used. But if parts of the brain were unused, the effects of damaging those parts should be minor. Yet people who have suffered head trauma, a stroke or other brain injury can be severely impaired.

So use your brain and don't believe this myth!