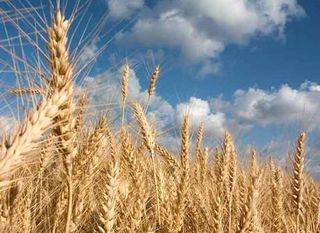 A field of wheat
(Image: © Dreamstime)

Genetically modified wheat has mysteriously turned up in an Oregon field, and while there's no evidence that the crop is in the food supply, experts say it would be safe to consume.

The strain of GM wheat found in Oregon was developed by the biotechnology company Monsanto, officials confirmed. The finding was a surprise because as far as anyone knew, GM wheat has never been grown anywhere in the world outside of experiments. While other GM crops have been approved for cultivation, GM wheat has not.

Following the announcement, Japan and South Korea suspended some imports of U.S. wheat, and the European Union said it was testing U.S. wheat shipments to make sure they did not contain GM wheat.

Years ago, Monsanto did research on GM wheat, but the company ended its tests in 2005, without bringing the crop to market. Researchers are still investigating how the plants ended up in Oregon.

Why no GM wheat?

The reason GM wheat was never brought to market is not an issue of safety, but one of economics, experts say. For the United States, wheat is a highly exported commodity, and there was concern that if the country started growing GM wheat rather than natural wheat, the U.S. would lose global market share because the demand for the GM product wasn't there, said Margaret Smith, professor of plant breeding and genetics at Cornell University.

In order for Monsanto to gain approval to grow GM wheat to sell, the company would need to petition the U.S. Department of Agriculture, said Gregory Jaffe, director of the Project on Biotechnology at the Center for Science and the Public Interest (CSPI), a consumer advocacy organization. Monsanto never completed this petition, Jaffe said. (For its experiments, the company required only a permit.)

Part of the reason Monsanto didn't follow through with its GM wheat may have been concern over the public's acceptance of the product. A lot of GM foods that Americans eat are in a highly refined form, like cottonseed oil or soy lecithin. People may have little awareness that they consume these GM ingredients, but "we know we eat wheat," Smith said. "I think you see some heightened focus when you get to crops like that," she said.

Field tests of GM wheat are subject to strict rules to ensure that the crops don't get mixed in with the food supply, said Clay Sneller, an associate professor at Ohio State University who studies wheat breeding and genetics. Fields have to be torched after the tests are done, and wheat is not allowed to be grown in those same fields for several years, Sneller said.

But even if Monsanto's GM wheat got out (although there's no evidence that it has), it would be perfectly safe, Sneller said.

The gene that is inserted into Monstato's GM wheat makes it resistant to the herbicide Roundup Ready, Sneller said. This same gene has been inserted into GM corn, soybeans and cotton, Sneller said. At least 95 percent of GM soybeans contain this gene, "and they're exported around the world, and there's no health problems at all," Sneller said.

When Monsanto was considering GM wheat, the company consulted with the FDA, and the agency said it had no concerns about the products' safety, Smith said.

Could GM foods be harmful?

Americans have been eating GM corn since 1995, and there have been no reports of ill health effects. "We are the big guinea pig, and we're doing fine," Sneller said.

But it is possible to create a GM food that is unsafe — for instance, researchers could insert a gene that allowed the plant to produce an allergen, or a protein to which some people are allergic.

"We have to consider things on a case-by-case basis, and be vigilant about each new use of genetic engineering," Smith said.

Currently, companies that make GM foods do not have to have these foods approved before they enter the market, because the FDA assumes they are safe.

The CSPI says these rules should be changed so that companies are required to get premarket approval of GM foods. (Most companies that make GM foods have voluntarily consulted with the FDA about the safety of their products, but they are not required to do this, Jaffe said.)

While there has been a lot of talk about whether GM foods should be labeled, "labeling shouldn’t be a surrogate for safety," Jaffe said. "If there's any question about the safety of a crop, it should not go out to the market," he said.