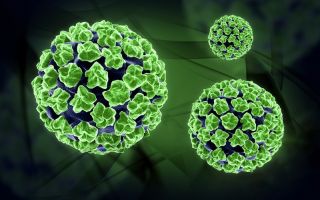 It appears that actor Michael Douglas had every major risk factor of throat cancer: He's reportedly engaged in excessive alcohol and tobacco use, and now he says he acquired HPV, or human papillomavirus, via oral sex. Is there a way to know which one ended up getting him sick?

The major traditional risk factors for head and neck cancers, including cancers of throat, are heavy consumption of alcohol and tobacco. But a few years ago, it was discovered that some head and neck cancers may be caused by HPV, which can be transmitted by oral sex. This type of cancer is called HPV-positive throat cancer.

To determine whether a patient's throat cancer was caused by HPV, doctors look at the tumor's genetic signature. Compared with patients who have HPV-negative tumors, patients with HPV-positive tumors have shown better treatment response, and survival, in clinical studies.

Although HPV is becoming the main risk factor for throat cancer, currently causing 70 percent of throat cancers in the United States, it still remains that smoking, drinking and having a weakened immune system are important risk factors for the development of cancer. One reason could be they may make it more likely to develop cancer after an infection by HPV, according to information from the National Cancer Institute.

"We don't understand how these common risk factors interact with each other, but we do know that cancer is often caused by one or the other [of these risk factors]," Gypsyamber D'Souza,an HPV researcher at Johns Hopkins University.

The rate of HPV-positive throat cancers is increasing, while the number of those caused by other factors such as smoking is declining, researchers say. Although best known to be the cause of almost all cervical cancers, HPV will cause more throat cancers than cervical cancers in the United States by 2020, according to a study published in the Journal of Clinical Oncology in 2011.

A study published in 2010 in the journal Clinical Cancer Research, concluded that current tobacco users with HPV-caused throat cancers have higher risks of their cancer coming back after treatments, compared with people who have never smoked.

In another study, the researchers observed that a combination of HPV infection and smoking would result in a higher number of cases of oral cancer, beyond what would be expected by summing the risks associated with smoking and HPV infection alone.

So, although it seems likely, from what he said, that Douglas' throat cancer tested as HPV-positive, it is hard to know whether or not his smoking and drinking habits contributed to the development of this cancer. It is estimated that 20 million people in the United States currently have HPV infections. In most people, the immune system will clear out the virus. Even high-risk HPV infections often occur without any symptoms and go away within one to two years without causing cancer. But persistent infections, with high-risk HPV types, can lead to cell abnormalities or lesions that may progress to cancer.

While there is currently no sure way to prevent throat cancer caused by HPV, vaccination is recommended for boys and girls in the United States.

"The HPV vaccination is effective in preventing cervical cancers, and we are hopeful that it would prevent oral cancers caused by HPV as well," D'Souza said.