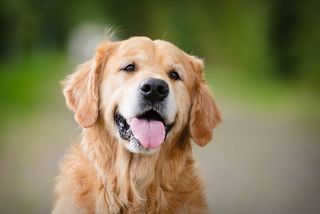 Your loyal pooch may be bringing a whole world of bacteria into your home — but don't panic. Research suggests that exposure to a wide variety of microbes may be good for us.

A new study reveals that homes with dogs have greater bacterial diversity than canine-free dwellings. Dog-related diversity is particularly high on television screens and pillowcases, the researchers found.

"When you bring a dog into your house, you are not just bringing a dog, you are also introducing a suite of dog-associated [microbe] taxa directly into your home environment, some of which may have direct or indirect effects on human health," the researchers wrote today (May 22) in the journal PLOS ONE. [5 Wacky Things That Are Good For You]

The microbes in our environment are the subject of increased interest by scientists, thanks to studies revealing how intertwined human lives are with those of the single-celled. Skin microbes, for example, may be key for warding off disease. And the load of microbes living in the human gut may influence everything from immunity to obesity.

North Carolina State University biologist Rob Dunn and his colleagues wanted to step back from the body to better understand the microbes in our environment at large. They gave 40 families a home-sampling kit and asked them to swab down nine locations in their houses: a kitchen cutting board, a kitchen counter, a refrigerator shelf, a toilet seat, a pillowcase, a television screen, the main door's exterior handle and the upper trim on both an interior door and on an exterior door. The researchers then examined the microbial DNA from the swabs to detect different families of microscopic tenants living on these surfaces.

All told, the 40 homes harbored 7,726 different types of bacteria. The most common were Proteobacteria, Firmicutes and Actinobacteria, all families containing a wide range of species. Types of bacteria tended to differ by location: Kitchen environments (cutting boards, counters and shelves) had similar colonies from home to home, as did frequently touched surfaces (toilet seats, pillowcases, door handles) and rarely cleaned surfaces (door trims and television screens).

"This makes sense," Dunn said in a statement. "Humans have been living in houses for thousands of years, which is sufficient time for organisms to adapt to living in particular parts of houses. We know, for example, that there is a species that only lives in hot-water heaters. We deposit these bacterial hitchhikers in different ways in different places, and they thrive or fail depending on their adaptations."

Dunn and his colleagues next looked for variables that would alter bacterial communities from home to home, such as the presence of cats, children, carpet and other factors. The only one they found that made any difference was whether or not the family had a pet dog.

(Other factors, such as the level of humidity in a home, could also influence microbe diversity, the researchers wrote, but they were unable to measure those factors in this study.)

Dog owners shouldn't ship Fido off to the countryside for fear of nasty bacteria, though. In fact, the family pet may be a boon to health. Previous studies have found that pregnant women who live in homes with dogs are less likely to have children with allergies. Scientists speculate that the reason might be an exposure to greater numbers of microbes that keeps the immune system from turning on the body.

"Our study provides evidence to robustly support this assumption," Dunn and his colleagues wrote. The researchers are planning to process samples from a total of 1,300 homes across the United States to look for geographic differences in microbial roommates.