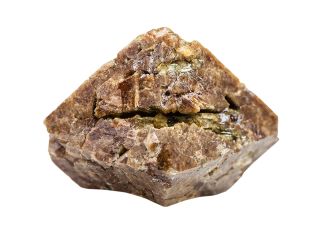 Zirconium is a silver-gray transition metal, a type of element that is malleable and ductile and easily forms stable compounds. It is also highly resistant to corrosion. Zirconium and its alloys have been used for centuries in a wide variety of ways.

It is commonly used in corrosive environments. Zirconium alloys can be found in pipes, fittings and heat exchangers, according to Chemicool. Zirconium is also used in steel alloys, colored glazes, bricks, ceramics, abrasives, flashbulbs, lamp filaments, artificial gemstones and some deodorants, according to Minerals Education Coalition.

Other uses for zirconium include catalytic converters, furnace bricks, lab crucibles, surgical instruments, television glass, removing residual gases from vacuum tubes, and as a hardening agent in alloys such as steel, according to Lenntech. Also, zirconium carbonate is used to treat poison ivy, according to the Jefferson Laboratory.

On Earth, sources for zirconium are primarily the minerals zircon and baddeleyite (zirconium dioxide), which are mined in the United States, Australia, Brazil, South Africa, Russia, and Sri Lanka, according to Minerals Education Coalition. Zirconium's natural abundance in Earth's crust is 165 parts per million by weight, according to Chemicool.

Zircon, a gemstone, comes in blue, yellow, green, brown, orange, red and occasionally purple varieties. The word comes from the Persian "zargun" or gold color. It has been used in jewelry and other decoration for centuries, according to Peter van der Krogt, a Dutch historian. It comes closer to resembling a diamond than any other natural gem, according to Minerals.net. During the Middle Ages, zircon was even believed to induce sleep, promote wealth, honor and wisdom, and to drive away plagues and evil spirits.

Martin Heinrich Klaproth, a German chemist, discovered zirconium in 1789 in a sample of zircon from Sri Lanka, according to Chemicool. The sample's composition was found to be 25 percent silica, 0.5 percent iron oxide, and 70 percent a new oxide that he named zirconerde (or "zircon of the earth"). Klaproth also later found zirconerde in jacinth, a pale yellow variety of zircon, but he was unable to separate the metal, according to van der Krogt.

Sir Humphry Davy, an English chemist, attempted to separate zirconerde to get pure zirconium in 1808 using electrolysis, but was unsuccessful, according to Chemicool. He did, however, suggest the name of zirconium for the metal itself, according to van der Krogt.

Jons J. Berzelius, a Swedish chemist, isolated zirconium in 1824, according to Chemicool. He produced zirconium as a black powder as a result of heating an iron tube containing a mixture of potassium and potassium zirconium fluoride (Kr2ZrF6).

Because if its high tolerance to corrosion and its strength, zirconium is present in several compounds in various medical uses. According to Zirconia Concept, the use of zirconium compounds in medicine began in 1969 when it was used to manufacture hip prosthetics. Zirconia (ZrO2) prosthetics were developed as an alternative to titanium, steel and aluminum and were shown to be both more resilient and with better biocompatibility. Approximately 300,000 patients over the past four decades with zirconia prosthetics have shown no negative responses.

Zirconia is also widely used in dental restorations, according to Zirconia Concept, and is typically stabilized with yttria (ZrO2Y2O3). The yttria-zirconia compound has many benefits over other materials. It is more compatible with the human body and has twice the flexural strength and four times the compression resistance of steel. It also has greater resistance to acids bases found in many foods.

Other new ideas for using zirconium alloys in the medical field include a patent filed in 1999 by James Davidson and Lee Tuneberg, American inventors. They describe an alloy containing niobium, titanium, zirconium and molybdenum (NbTiZrMo) and its benefits for dental and other medical devices. The zirconium in the alloy gives higher mechanical properties as well as reduces the melting temperature (along with titanium), further stabilization, and improved corrosion resistance.

Another patent filed by Shuichi Miyazaki, Heeyoung Kim and Yosuke Sato, Japanese scientists, in 2012 describes a zirconium alloy that has super elastic properties that can be used in biological and medical fields. Zirconium is alloyed with titanium, niobium and either tin or aluminum, or both. The alloy is similar to the elasticity of human bones, according to values given by Young's modulus, making it an ideal material for uses inside the human body including artificial bones, joints, and teeth as well as orthodontic wires, stents, bone plates, and other medical implants.

Even though zirconium and other elements in alloys for dental and medical uses are nontoxic, there are still ongoing studies to ensure that the materials themselves don't have adverse side affects over the long term. One such study by a group of scientists in Italy, published in PLOS One in 2016, on a group of obese participants found that there might be a link between zirconium implants and some health problems, such as inflammation and skeletal and connective tissue disorders. The amount of change in certain biological markers (miRNAs) was very small and it is believed that they accumulate over time, which can make it difficult to pin point the exact cause. While additional research is needed, the study helped in the understanding the link between the human body and implanted medical devices. The goal, according to the authors, is to take advantage of mrRNAs to assist in wound healing and host-implant integration.