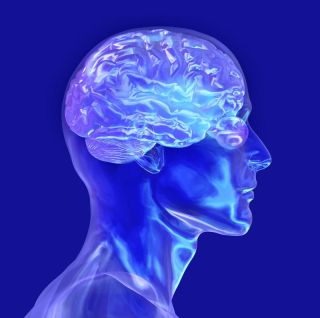 In a thorough and serious-minded commentary spanning four pages in the journal Nature, published in advance online on Sunday, six scientists from of the world's best universities along with the Nature editor himself advocate for the use of cognitive-enhancing drugs by healthy individuals.

What comes to mind when reading this, however, is, what were they smoking?

Their argument begins with the fact that "healthy" college students are illegally taking drugs such as Ritalin and Adderall, prescribed for attention deficit disorders, to boost their concentration. Almost a whopping 7 percent do this, they estimate, just shy of the 97 percent that get drunk or high (yes, my back-of-the-envelope estimate).

First, if you are thinking about taking their advice tomorrow, you may want to think again. Ritalin is riddled with side effects, such as heart problems, and Adderall adds all the more to the mix, such as the risk of chemical dependency. Their reported minimal boost in cognitive ability is anecdotal.

The Nature commentary is ivory tower intellectualism at its best. The authors state that society must prepare for the growing demand of such drugs; that healthy adults should be allowed drugs to enhance cognitive ability; that this is "morally equivalent" and no more unnatural than diet, sleep, or the use of computers; that we need an evidence-based approach to evaluate the risks; and that we need legal and ethical policies to ensure fair and equitable use.

Sounds good on paper. What the authors failed to address — perhaps for lack of cognitive-enhancing drugs, or perhaps too many for too long — is the implications of such a drug-dependent culture.

For now there are no studies on the long-term effects of these drugs on healthy people. The drugs affect the brain, which is kind of important for many people. This isn't an experiment in controlling ingrown toenails. And what's good for someone with a disorder isn't necessary better for someone without the disorder.

But, if we find in 10 or 20 years that the drugs don't do damage, what are the benefits? These are stimulants that help with concentration. College students take such drugs to pass tests; graduates take them to gain professional licenses. They are akin to using a calculator to solve an equation. Do you really want a doctor who passed his boards as a result of taking speed — and continues to depend on that for his practice?

Next, if these theorized safe and effective pills don't just get you through a test or the day's daily brain task but also make you smarter, whatever smarter means, then what? Where's the boundary between genius and madness? If Einstein had taken such drugs, would he have created a better theory of gravity? Or would he have become delusional, chasing quantum ghosts with no practical application, or worse yet, string theory. (Please use "string theory" in your subject line for easy sorting of hate mail.)

Next, if these drugs make you smarter precisely the way you want them to make you smarter — in some creative and productive way — who gets them? How will they be priced? How soon before the penis enlargement industry produces herbal stimulants to profit from everyone's cognitive shortcomings?

While the commentary makes effective arguments — that this isn't cheating, because cheating is based on what the rules are; that this is fair, because hiring a tutor isn't outlawed for being unfair to those who can't afford it; that this isn't unnatural, because humans with computers and antibiotics have been shaping what is natural for millennia; that this isn't drug abuse anymore than taking multivitamins is — the authors seem divorced from reality in the examples they provide of effective stimulant use today.

For instance, they point to the U.S. Army's use of stimulants for soldiers to stave off sleep and to stay sharp. But the Army cares little about the long-term health effects of soldiers, who come home scarred physically or mentally, if they come home at all. It's a risk-benefit decision for the Army, and in a life-or-death situation, stimulants help.

Most surprising about the commentary is that no thought is given to the concept that if you replace the words "cognitive-enhancing drug" with "genetic manipulation," you're talking about eugenics. Drugs can act at the DNA level, after all, inducing chains to unwind and proteins to do their magic.

We've come rather far with our brains. We may find that it is harder for our healthy legs to walk with crutches.