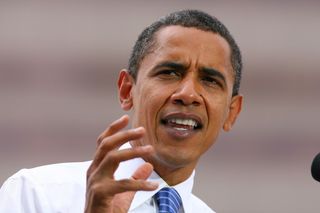 President Barack Obama has announced his nominations to head the Environmental Protection Agency and the Department of Energy today (March 4) — and both nominations are stirring up controversy among industry and environmental groups.

Ernest Moniz, a physicist, former science official in the Clinton administration and the head of the Massachusetts Institute of Technology's Energy Initiative, is Obama's pick for the Energy Department post.

And Gina McCarthy, former assistant administrator of the EPA's Office of Air and Radiation, is slated to replace the outgoing Lisa Jackson as head of that department.

Moniz's nomination has ruffled more than a few feathers in the environmental community. He is known for supporting nuclear power and hydraulic fracturing, or fracking, a controversial natural gas drilling technique, according to the Washington Post.

And under Moniz's leadership, MIT’s Energy Initiative received hundreds of millions of dollars in support from BP, Shell, Saudi Aramco, Chesapeake Energy and other oil and gas giants.

"No one is alleging that Moniz has personally financially gained directly from moneys from the oil and gas industry for fracking studies," Anthony Ingraffea, professor of civil and environmental engineering at Cornell, told the Huffington Post.

However, Ingraffea questions whether or not any actions were taken that "benefited the people paying, despite knowing those actions were not in the best interest of the public, students, his university or the country."

"We're concerned that, as energy secretary, Ernest Moniz may take a politically expedient view of harmful fracking and divert resources from solar, geothermal and other renewable energy sources vital to avoiding climate disaster," Bill Snape of the environmental group Center for Biological Diversity said in a statement.

Moniz’s "all-of-the-above" approach to energy diversification, while raising the hackles of ardent environmentalists, parallels Obama’s support for the development of coal, nuclear and other energy options.

As head of the EPA, McCarthy is likely to win the admiration of the same environmentalists who bristle at Moniz’s nomination. She spearheaded efforts to craft “strict new pollution rules, including limits on soot and mercury emissions from power plants,” the Post reports.

"McCarthy has a strong record of protecting the health and safety of millions of Americans by limiting dangerous pollution in our air," Michael Brune, executive director of the Sierra Club, said in a statement.

"McCarthy is squarely on the side of fighting climate change through sometimes aggressive policy-making," environmental news site Grist reports. "This might make her an effective EPA administrator or it might make her a lightning rod for congressional climate-denialist craziness. Or both!"

Opposition to McCarthy's nomination is rapidly hardening, and is likely to come from senators like David Vitter of Louisiana and John Barrasso of Wyoming, who represent states where oil and gas development are cornerstones of the economy, the National Journal reports.

"Vitter has already launched a public campaign of sorts against McCarthy, questioning the scientific methods used in EPA's regulatory agenda," the Journal reported. And Barrasso originally blocked McCarthy's nomination to her current EPA position because of her approach to regulating greenhouse gases.

Politics aside, both nominees are also getting attention for their personal style — and appearance. McCarthy is known as a tough negotiator with a brash Boston accent. And while she sports a short, no-nonsense hair style, Moniz seems to get mentioned as often for his big mop of silvery-gray hair as for his political or academic credentials.