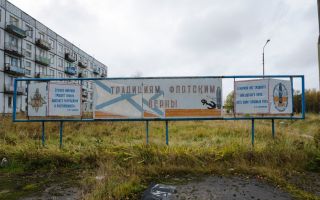 An explosion off Russia's Arctic coast has led to speculation that the incident resulted from a failed test of a nuclear-powered cruise missile. But do the details of the deadly blast point to such a weapon — one that no country has yet successfully created — and if so, what would that mean for global warfare?

Russian authorities have confirmed that five scientists were killed in the incident on a sea platform close to the coastal town of Nenoksa last Thursday (Aug. 8), but the country has released few details. The Russian Ministry of Defense initially said that the incident involved a liquid-fuel rocket engine and that no dangerous substances were released, but reports of a sudden rise in radiation levels in the nearby city Severodvinsk cast doubt on those claims.

Russia watchers quickly linked the incident to the development of a nuclear-powered cruise missile called 9M730 Burevestnik, announced by Russian President Vladimir Putin last year, Reuters reported. And on Sunday (Aug. 11),  an official at the state nuclear agency Rosatom admitted that the institute where the scientists were working was investigating nuclear power sources, according to another Reuters report.

Related: The 10 Most Dangerous Space Weapons Ever

Aircraft and missiles that rely on a nuclear reactor rather than the burning of fuel to provide propulsion aren't an entirely new idea, said Edwin Lyman, acting director of the Nuclear Safety Project at the Union of Concerned Scientists. Both the U.S. and the Soviet Union investigated the idea during the Cold War but ultimately abandoned the efforts due to the complexity and safety concerns around flying nuclear reactors and the advent of intercontinental ballistic missiles that provided a simpler alternative.

"It was even too crazy for the Cold War Atomic Energy Commission to consider, which means it was really far out there," Lyman told Live Science. "That is why so many people were surprised when Putin declared they were doing it again."

The motivation for the idea is that nuclear power provides energy over much longer periods than conventional fuels, Lyman said. Nuclear reactors generate power by capturing heat produced by large atoms splitting into smaller ones in a process called fission; and this process can release huge amounts of energy from a small amount of fuel, providing a very long-lived power source. That longevity would give a missile incredibly long range, so it could spend months in the air and take a circuitous route to evade any missile defenses.

Few details have been released about how Russia proposes to integrate a nuclear power source into a missile, Lyman said. But the project has frequently been compared to the U.S. Supersonic Low Altitude Missile (SLAM), a planned uncrewed aircraft that would have flown below radar at supersonic speeds to deliver multiple nuclear warheads deep into enemy territory.

The SLAM project was canceled in 1964, but the weapon was to be propelled by a ramjet. This type of jet engine specializes in high speeds and uses the aircraft's forward motion to compress air as it enters the engine rather than doing so via fan blades as conventional jets do. But instead of burning jet fuel to heat the compressed air and provide thrust, as other ramjets and conventional jets do, the proposed vehicle would have used thermal energy generated by an onboard nuclear reactor.

There are reasons to believe that the weapon Russia is developing would be significantly different from the U.S. proposal, though, said Edward Geist, a policy researcher and Russia expert at the RAND Corporation, a think tank.

"While few technical details have been revealed about Burevestnik, the Russian media has reported repeatedly that it is a subsonic system," he told Live Science. That would appear to rule out a ramjet design, as these operate only at supersonic speeds, he said, suggesting that the missile is a descendant of Soviet-era research into “closed-cycle” nuclear propulsion of  aircraft designed to fly below the speed of sound.

Related: Could the US Stop Nuclear Weapons?

The SLAM reactor was designed to use an “open-cycle” approach where the compressed air was heated by putting it in direct contact with the fuel rods - the ceramic tubes holding radioactive uranium or plutonium isotopes that go through fission to produce energy. These rods  produce tremendous amounts of heat, but  also spew radioactive material that would end up in the engine’s exhaust in an open-cycle approach. Russia's closed-cycle technology, however, would use some kind of heat exchanger to transfer energy from the reactor to the air without the two coming in contact, Geist said.

Regardless of the specific design, Lyman said a number details call into question whether the Burevestnik system was even involved in the incident. Most proposals for nuclear-powered missiles would use a conventional rocket engine to get them airborne before switching on the reactor, he said. But this explosion occurred on the platform. Fresh fuel that has yet to undergo fission isn't that radioactive, he said, so it's unlikely an inactive reactor could have caused the kind of radiation spike recorded in Severodvinsk.

Geist agreed and added that the test site appears to have been too close to populated areas to be carrying out potentially dangerous tests on an unshielded nuclear reactor. "But if they're only testing non-nuclear components of Burevestnik there, why have the reactor present at all?" Geist said.

Rosatom claims the explosion involved a "nuclear battery," Geist said, though he added that statements from Russian officials are not reliable sources of information. This statement appears to refer to a device that generates energy by harnessing the heat from decaying radioactive materials rather than from nuclear fission. The approach has been used to power spacecraft, but Lyman pointed out that it's highly unlikely to produce enough thrust to power a cruise missile.

All that makes pinning the incident on Burevestnik somewhat premature, Geist said, especially as there are other potential culprits. Putin unveiled the Burevestnik missile last year as part of a suite of "superweapons" that included a nuclear-powered torpedo dubbed Poseidon; Putin also suggested there were other systems under development that have yet to be publicly announced.

The Russian president linked the development of those weapons to the 2002 U.S. withdrawal from the Anti-Ballistic Missile Treaty, which banned systems designed to shoot down nuclear-armed missiles.

"These systems are intended to make the development of comprehensive strategic defenses look as complicated and forbidding as possible to potential adversaries, particularly the United States," Geist said.