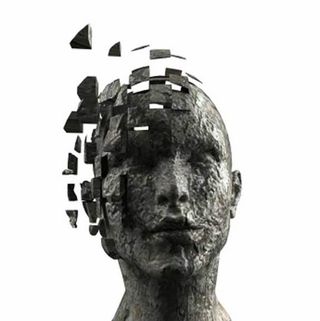 A mysterious illness in which people experience painful muscle cramps or paralysis with no apparent physical explanation may be rooted in the brain. New research suggests the brains of such people do in fact function differently from normal brains.

Psychogenic diseases — once referred to as "hysterical" illnesses — have severe symptoms that strongly resemble nervous system illnesses caused by nerve or muscle damage or genetics, but show none of these characteristics. As a result, such diseases are very difficult to diagnose and treat. But sufferers of these diseases show unique patterns of brain activity, researchers report today (Feb. 25) in the journal Brain.

Many of the traditional brain-scanning tests show normal results in psychogenic diseases. "It has been extremely difficult to show these patients are abnormal," study author and neuroscientist James Rowe of the University of Cambridge told LiveScience. Understanding the brain mechanism behind these diseases will enable them to be diagnosed and treated sooner, Rowe said.

Rowe and his colleagues studied people with two different forms of dystonia, a movement disorder that causes muscles to contract painfully and involuntarily. One group had normal dystonia resulting from a gene mutation, whereas the other group had psychogenic dystonia with no obvious cause. [Top 10 Mysterious Diseases]

The two groups, plus a third healthy group, were given PET brain scans, which use a radioactive chemical to measure brain activity based on changes in blood flow. The participants underwent the scans with their feet in a resting position, moving or in a muscle contraction related to the dystonia (healthy participants just contracted their foot muscles voluntarily). The scientists also measured the electrical activity of the leg muscles so they could tell when each muscle was active.

The psychogenic group had markedly different brain activity compared with those with normal dystonia or no dystonia, the results showed. Patients with the psychogenic form of the illness showed activity in regions of the brain called the cerebellum and basal ganglia (areas important for movement control) and had decreased activity in the motor cortex (the region that generates muscle commands). Patients with the genetic form of the illness, by contrast, had an opposite pattern of brain activity in those areas. Both groups of dystonia patients had different brain activity from the normal group. Together, the findings help uncover the origins of psychogenic diseases in the brain.

Despite many differences, patients with the psychiatric and genetic forms of the disease had similar brain activity in a part of the brain called the prefrontal cortex, a region responsible for paying attention to the body's movements. Some previous studies have suggested that abnormal function in this region was a marker of psychogenic disease, but the new findings show this pattern of activity is not a unique indicator.

Psychogenic diseases are common. About one in five patients that see a neurologist have them, Row said. Psychogenic dystonias are a good study model, because scientists can compare them with forms of the illness with a clear-cut genetic cause. Understanding how psychogenic dystonias differ could enable earlier diagnosis and treatment, Rowe said.