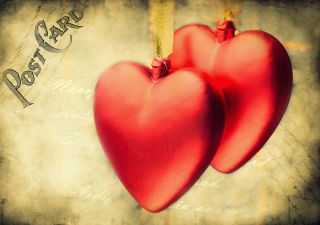 For years, scientists have tried to unlock the secret formula for seduction. The bad news? There's no one right way to lure a lover.

But the good news is that almost anyone can have success by choosing the right setting and approach. From making your move on a sunny day to choosing a partner at church, here are several ways to increase your chances of finding a special someone.

So what are you waiting for? If you don't have a date for Valentine's Day, there are still a few hours to go!

Background factors can have a surprising influence on dating success, at least where the cold pick-up is concerned. Men who ask strange women for their phone numbers are likelier to get a positive response on sunny days, according to a study published in January in the journal Social Influence. And women who hear romantic music before someone asks for their number are more willing to give average-looking guys their digits, according to a 2010 study in the journal Psychology of Music. In another study from the same researchers, smelling something pleasant can make women more likely to give their phone numbers to strange men.

Of course, few people can sneak Peter Gabriel songs and the scent of gardenias into the background before they make a move. At a certain point, success depends on your personality.

Most people fit into one of five types of flirting styles: traditional, sincere, playful, polite or physical, said Jeffrey Hall, a communications researcher at Kansas University who is writing a book on those styles. The trick is figuring out what style you gravitate towards and looking for love in situations that play to your strengths, Hall said.

Playful and physical flirts should hit the bars, where such strategies are often winners.  [Busted! 5 Myths About Polyamory]

But even those who shun risqué talk and showing too much overt interest have their niche, he said. These polite flirts are most likely to have met their last partner at church or synagogue, he said. And sincere flirts, who favor deep conversation, may have trouble getting that initial dinner and drinks, but "they tend to shine on first dates," he said.

Most people think of flirtation as just elbow-touching or playful talk, but flirting is simply "something you do whenever you're trying to get to know someone that you might be romantically interested in," Hall said.

So be on the lookout for love in every setting: work, school, the Buddhist temple or even the dog show.

Once you've come to see normal settings as potential love-hunting grounds, it's important to show interest more clearly so people know how you feel.

"People are quite inaccurate in knowing whether someone is interested in them," Hall said.

If you're not touchy feely, saying, "I'd like to go out with you sometime," or paying someone a direct compliment can be a good way to make your interest clear, he said.

The right approach and setting can help with seduction, but ultimately, it sometimes involves a healthy dose of rejection, Hall said.

"If you dig down into what most relationship advice says, a lot of it has to do with, unfortunately, you're going to have to be shot down a couple times," he said." "Success comes with some potential sting of embarrassment."