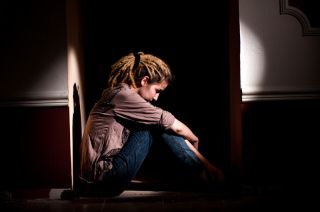 Rejection may actually be a boon for the independent-minded. New research found that getting the cold shoulder could boost creativity and imaginative thinking in people who already have a strong sense of independence. But for people who value belonging to a group, rejection might stifle cognitive ability, researchers found.

"For people who already feel separate from the crowd, social rejection can be a form of validation," lead researcher Sharon Kim, of Johns Hopkins Carey Business School, said in a statement from the university. "Rejection confirms for independent people what they already feel about themselves, that they're not like others. For such people, that distinction is a positive one leading them to greater creativity."

In three studies, the researchers recruited dozens of college students and used a standard test to measure their "Need for Uniqueness." Some participants were then made to feel rejected after the researchers told them that they were not selected to be part of a group and instructed them to complete some tasks. The others were told that they would join the group after completing some tasks.

"For people with an independent self-concept, rejection, relative to inclusion, appears to promote feelings of being different from others, allowing them to think more creatively," the researchers wrote in a paper to be published in the Journal of Experimental Psychology.

"We're seeing in society a growing concern about the negative consequences of social rejection, thanks largely to media reports about bullying that occurs at school, in the workplace, and online," Kim said in the statement from Hopkins. "Obviously, bullying is reprehensible and produces nothing good. What we tried to show in our paper is that exclusion from a group can sometimes lead to a positive outcome when independently minded people are the ones being excluded."

In a previous experiment, participants primed to feel rejection were better at spotting fake smiles than a group made to feel accepted and a control group, suggesting that rejection also could make people more intuitive.