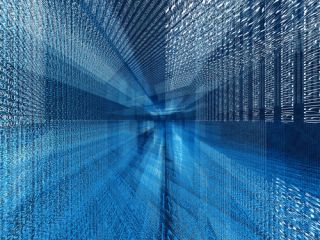 Giant numbers, like Graham's number, are so huge that they are bafflingly hard to grasp.
(Image: © Andreas Guskos | Shutterstock.com)

A trillion. A googol. A centillion. TREE(3). Somewhere between zero and infinity is a host of finite, but mind-bogglingly huge numbers.

But while mathematicians have dreamed up large numbers for ages and they pop up frequently in physics and math, gigantic numbers are bafflingly hard to fathom.

"Really big numbers are in every piece of technology we look at, in every organism we look at," said John Borwein, an applied mathematician at the University of Newcastle in Australia. And yet, "These are enormous numbers that no human being is intuitively equipped to understand."

Some of these numbers are so huge that even writing them down involves completely different math notation. And thinking about them may give you more than a headache: according to mathematicians, in theory, storing ginormous numbers in one's head could create a black hole. [The 8 Most Massive Numbers in Existence ]

Even so, such numbers are inherent in our understanding of quantum physics and probability, and even make an appearance in mathematics proofs.

From the start, people have been fascinated with the question of how big numbers could get.

Ancient Babylonian texts, for instance, mention incredibly large numbers, which students used to practice multiplication or division, said Henry Mendell, a historian of mathematics. And in a text called the Sand Reckoner, Greek philosopher Archimedes calculated the number of grains of sand that would fit into the universe, which came to about 10 raised to the 63 (or 1 with 63 zeroes after it) grains of sand, Mendell told LiveScience.

In the physical world, most of the big numbers can still be expressed using scientific notation. For instance, the universe contains about 10 to the 80 atoms (not that far from Archimedes' estimate).

And in the realm of extremely tiny numbers — which, after all, are simply the inverse of extremely gigantic numbers — the mysterious acceleration of the universe due to dark energy is described by a cosmological constant, which is 10 to the minus 122, said Scott Aaronson, a computer scientist at MIT, who has written about very large numbers.

Once numbers get this large or this tiny, getting any sense of scale requires making analogies, like comparing the size of the universe to the number of cells in the human body, or viewing a tiny flake of paint on a building from the top of the highest tower in Canada, Borwein said.

But once you leave the observable physical world and start quantifying all the possible worlds that could exist, numbers get huge fast.

For instance, in quantum theory particles exist not in a specific time and place, but as a wave probability of being in different locations until they are observed. If each object in the system can be either in a wave state or a particle, 1,000 particles creates 2 to the 1,000 possible configurations, Aaronson told LiveScience.

That is already "way more than all the atoms in the universe," he said.

Once numbers get big enough, they may require completely different ways of writing them.

Even the Greek philosopher Archimedes had to invent new notation (compounding a Roman unit called a myriad) in order to express the size of the universe.

Graham's number, conceived by mathematician Ronald Graham in 1971, requires performing 64 steps, and after the first few, when 3 is raised to  7.6 trillion 3s, it basically becomes impossible to even express the numbers' size in scientific notation. Instead mathematicians use an elaborate sequence of up arrows and brackets to denote a massive tower of exponents. [What's That? Your Basic Physics Questions Answered]

Just what is Graham's number? It was once the upper bound on a math riddle about assigning different people to a set of possible committees (mathematicians have since found a slightly lower, but still astronomically huge upper bound).

It's a number so insanely, absurdly huge that storing all the digits of Graham's number in the brain could create a black hole, said John Baez, a mathematical physicist at the University of California, Irvine, who is researching big numbers. (Only so much information can be stored in a given amount of space, and trying to squish more matter into that space creates a black hole, he said.)

But even "that is a ridiculous underestimate of how big Graham's number," Baez told LiveScience, as a much smaller number, such as a googol, or 10 to the 100th power, would also create a black hole in your brain if stored in decimal notation, he said.

Crazily enough, another number, TREE(3), is so large it puts Graham's number to shame. Capturing the size of the tower of exponents involved is basically impossible, but using innovative mathematical functions called Ackerman functions, it can be expressed relatively compactly.