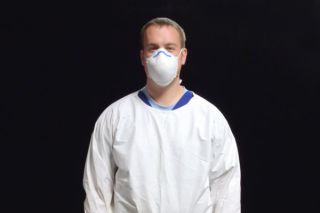 The United States is seeing its fair share of illness this winter.

The country is in the midst of a particularly bad flu season, the worst outbreak of whooping cough since 1955, and an emerging outbreak of norovirus (a stomach bug that causes diarrhea and vomiting.)

Despite the seeming inundation of illness, experts say there is no connection between the three outbreaks, or any reason why all three would be happening now.

"As far as we know, they're completely coincidental and separate," said Dr. Andy Pavia, chief of the University of Utah's Division of Pediatric Infectious Diseases, and chair of the influenza advisory committee at the Infectious Disease Society of America.

It's not at all surprising we're seeing flu cases now, since the virus occurs around this time every year. But this season is looking like a serious one, with more people visiting the doctor for flu-like illness so far this season than at any point last season. The early start to this year's season, as well as the particular strains in circulation, may be reasons why more people are sick this year. [See What You Can Do About the Raging Flu.]

Cases of whooping cough, or pertissus, have been on the rise in recent years, and in 2012, the number of illnesses soared to more than 41,000  — more than any other year since 1955. The increase could be related to a change in the type of whooping cough vaccine used. In 1997, doctors switched to a more purified version of the vaccine. While this vaccine is thought to be safer than the one previously used, it may not protect against the disease for as long a period. Dr. Paul Offit, chief of the Division of Infectious Diseases  at the Children's Hospital of Philadelphia, said because so many cases of whooping cough were seen in 2012, higher numbers of people have presumably developed immunity to the virus after being infected. Because of this, he would guess that the number of cases will start to go down this year.

The only connection between flu and whooping cough is that they are both vaccine-preventable diseases, Pavia said. Thus, as more people get vaccinated against them, and more perfect vaccines are developed, rates of these illnesses are expected to go down, he said.

Norovirus is unpredictable, and some years see worse outbreaks than others, Offit said. What's unusual about this year's outbreak is that it seems to be widespread, occurring in many communities rather than being confined to a particular area, Pavia said.

Pass it on: There is no connection between this year's outbreaks of flu, whooping cough and norovirus.