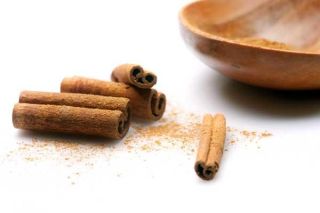 For centuries, people have turned to natural remedies to fight common ailments such as colds, upset stomachs and toothaches. And the trend continues. Nearly 4 out of 10 adults have used some form of alternative remedy, according to a 2007 report from the National Center for Health Statistics.

As appealing as the notion of natural remedies is for some, however, not all such remedies are safe or effective. In fact, some herbal and vitamin supplements don’t even have to meet safety standards required by the U.S. Food and Drug Administration (FDA). Because herbal supplements contain plants, the FDA considers them to be food. As a result, the manufacturers who produce these products aren’t required to perform clinical trials or follow the manufacturing and labeling laws required for prescription and over-the-counter drugs. What’s more, some of these remedies may interact with over-the-counter or prescription medications. That's why experts recommend talking with a doctor before trying a natural remedy.

Probiotics, or live bacterial cultures, are considered to be "friendly" bacteria. So these organisms may be a good defense against the "bad" bacteria that can occasionally overwhelm a person’s intestinal tract, causing diarrhea.

Although antibiotics are used to fight bacterial infections, they can also disrupt the natural balance of good and bad bacteria in the intestines. When good bacteria is eliminated, allowing other bacteria such as Clostridium difficile to grow out of control, attacking the lining of the intestine.  The result: diarrhea.

In a recent review published in the May issue of the Journal of the American Medical Association, researchers looked at nearly 12,000 men and women who were taking antibiotics and found that 42 percent of people who also took probiotics were less likely to develop diarrhea than those who didn’t.

Probiotics generally come in the form of dietary supplements, fermented foods and dairy products like yogurt. Yogurt products contain different strains of probiotics that are part of the normal intestinal environment. But researchers still haven’t figured out which probiotic strains work best. What's more, only certain types of diarrhea respond to probiotics.

Still, there is some evidence to suggest that using some bacterial strains of Lactobacillus or Bifidobacteria can treat infectious types of diarrhea such as the kind caused by the rotavirus in children and traveler's diarrhea. But that also depends on the probiotic strain used.

Eczema, also called atopic dermatitis (AD), is an itchy, rashlike skin condition that mostly affects babies during their first year of life. Studies have found that for some kids, the condition disappears by age 2. But about half of the children who get AD will have it as an adult, according to the American Academy of Dermatology (ADD). Between 10 and 20 percent of children have dermatitis, reports the ADD, but 1 to 3 percent of adults are also affected.

The condition is often triggered by an allergy to certain foods, household products, animal dander or stress. There is no cure for eczema. Treatment can include medication and incorporating a moisturizer or ointment into one's daily skin care regimen.

Some studies have suggested that primrose oil may calm the itching of eczema, but the results have been mixed, according to the National Center for Complementary and Alternative Medicine.

Although evening primrose oil is rich in essential fatty acids, which help the body grow and develop, using it on irritated skin may not be enough, according to a 2003 study published in the British Medical Journal.  Researchers analyzed a number of studies and found that there wasn’t sufficient evidence to suggest any benefit.

"I wouldn’t recommend topical evening primrose oil for eczema," said Dr. Zoe Draelos, a dermatologist and professor at Wake Forest University School of Medicine in Winston-Salem, North Carolina.  "There just isn’t enough evidence. And there are better alternatives, such as a good cream moisturizer or a corticosteroid cream."

Urinary tract infections, caused by bacteria that live in the intestines, are the second most common infection in the body, accounting for about 8.1 million doctor visits each year, according to the National Institute of Diabetes and Digestive and Kidney Diseases. UTIs are more common in women than in men. For women who have recurring UTIs, experts generally recommend using low doses of a prescribed antibiotic for six months or longer.

Cranberries contain certain compounds that are thought to stop infection-causing bacteria like Escherichia coli from taking up residence in the lining of the urinary tract.

In an analysis published in the October 2012 issue of the journal Cochrane Database of Systematic Reviews, researchers analyzed 24 studies with a total of 4,473 participants. They found that cranberry juice was less effective than previously thought.  Although some smaller studies in the analysis showed a benefit for women with UTIs, it wasn’t significant when the results of a much larger study were included.

"Some evidence suggests cranberry juice contains sugars that can block the binding of bacterial cells, which is a critical first step in infection,” said Dr. Anthony Schaeffer, chair of Northwestern Medicine Urology in Chicago. "But in the real world, it doesn’t seem to have an effect because it’s not strong enough."

To prevent a UTI, doctors recommend that women drink plenty of water and urinate as needed.

Several studies have suggested that cinnamon is a natural ingredient that can control blood sugar levels and fats in the blood. But results from these studies have been mixed.

In a 2009 study published in the journal Diabetic Medicine, researchers randomly gave 58 people with Type 2 diabetes either cinnamon or a placebo for more than 12 weeks and found that blood sugar levels among those who took two grams of cinnamon dropped by 0.36 percent. By contrast, blood sugar levels rose by 0.13 percent in people who took a placebo. But a recent review published in the September 2012 issue of the Cochrane Database of Systematic Reviews had different results. Researchers looked at the effects of cinnamon on people with Type 1 and Type 2 diabetes. They found no significant difference in blood sugar levels between those who were given cinnamon and those who were given a placebo.

Clove oil is a popular natural treatment for toothache.  That's because the herb contains eugenol, a chemical compound that is thought to reduce pain.

Although whole or dried clove seems safe when added to food in small amounts, not enough is known about taking cloves by mouth in larger amounts. Clove oil is considered safe when applied to the skin, but considered dangerous when large amounts are ingested.

According to the U.S. Food and Drug Administration, there isn’t enough evidence to suggest that eugenol is effective for tooth pain. Moreover, the American Dental Association recommends using over-the-counter pain relief medications for tooth pain until a person can visit the dentist.

Pass it on:  Many home remedies are appealing, but research shows they may not help.