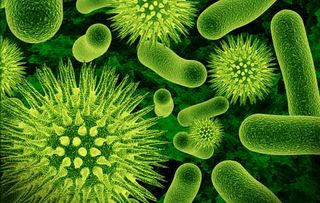 Researchers have found a way to limit recurrent urinary tract infections (UTIs) in women by replenishing naturally occurring bacteria that live in the vagina, according to a new study.

During a UTI, gut bacteria like E. coli take up residence in the vagina and displace good bacteria, called vaginal lactobacilli, that normally live there, said Dr. Ann Stapleton, professor of medicine at the University of Washington. UTIs cause pain during urination, and can even lead to back pain, fever and bladder and kidney infections.

The study was published today (April 15) in the journal Clinical Infectious Diseases, and was funded by the National Institutes of Health.

Stapleton and her colleagues had 50 women use a Lactobacillus crispatus intravaginal suppository probiotic (a small tamponlike device inserted into the vagina) and 50 women use a placebo for five days, and then once a week for 10 weeks. All women experienced recurrent UTIs, a condition that was defined in the study as having one infection in a 12-month period (though most people define recurrence as having two or three infections over a year).

The probiotic did not completely prevent recurrence of UTIs, but it did seem to reduce the number of women who experienced recurrence, the study said.

UTIs are the second most common infection in the body and prompt 8.3 million doctor visits every year, according to the National Institutes of Health (NIH). Almost 20 percent of women who experience a UTI will have a recurrence of the infection, and then 30 percent of those women will have a second recurrence.

The infections are caused when bacteria get into the urinary tract by wiping from back to front after a bowel movement (thereby pushing the bacteria closer to the urethra), having sex (where germs already in the vagina can be pushed into the urethra) and waiting too long to urinate (the urine allows a breeding ground for bacteria), according to the NIH.

Researchers aren't completely sure why it is that lack of vaginal lactobacilli seems to be linked with UTIs, but "we think that a variety of processes occur," Stapleton said.

"Maybe [the vaginal lactobacilli] kill off E. coli, or maybe they exist in much higher numbers and stop them from attaching to cells that line the vagina," Stapleton said. "Or, they may inhibit growth of E. coli."

Researchers still need to replicate the study in a larger number of women, and then test the probiotic's effectiveness against current antimicrobial treatments for recurrent UTIs, Stapleton said.

While antimicrobials are effective in preventing the recurrence of UTIs, people have to take them once a day, three times a week or before sexual intercourse, depending on the type of antimicrobial, she said.

The probiotic suppository would "probably be once a week or less frequently, and it takes, like, two seconds," Stapleton said. "It's like putting in a tampon, except much smaller than that. It's a tiny thing, then you forget about it."

Pass it on: Replenishing naturally occurring bacteria to the vagina could help prevent recurrence of urinary tract infections.