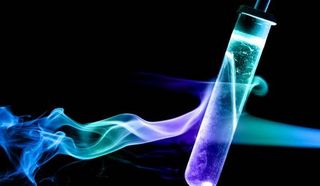 Every year hundreds of science papers are retracted, most involving no blatant malfeasance, but others are due to cooked data. And 2012 was no different.
(Image: © Dreamstime)

When you read about medical breakthroughs in the newspapers, you shouldn't get your hopes up. This is not because of journalistic hyperbole or even the fact that cures often are years away from the initial publication of result.

It seems that an increasing number of scientific studies are just plain wrong and are ultimately retracted. Worse, a study published in October 2012 in the Proceedings of the National Academy of Sciences (uh, if it's true) claims that the majority of retractions are due to some type of misconduct, and not honest mistakes, as long assumed.

The blog Retraction Watch tracks such retractions and has notified its readers of hundreds of journal-article withdrawals in 2012 alone. The king of retractions, according to Retraction Watch, is Japanese anesthesiologist Yoshitaka Fujii, who falsified data in 172 of 212 of his papers published between 1993 and 2011. All of this came to light in 2012. [See Last Year's Biggest Science Retractions]

Sadly, fudged studies create false hopes, and they also sully the reputation and publication record of the co-authors, often students, who weren't aware of the fraudulent behavior.

Here is a list of some of the more interesting retracted papers in 2012.

Korean scientist Hyung-In Moon took the concept of scientific peer review to a whole new level by reviewing his own papers under various fake names. Not surprising, his imaginary peers were quite impressed with his work.

But perhaps also not surprising from someone who attempts such a scheme, Moon's research — which included a study on alcoholic liver disease and another on an anticancer plant substance — can't be trusted. Moon admitted to falsifying data in some of his papers, according to Chronicle of Higher Education. So far, 35 of his papers have been retracted in 2012.

Peer review is a process in which scientific peers in the same field judge the merit of a submitted journal paper. Moon, a plant researcher now at Dong-A University in Busan, Korea, sought out those journals that allowed submitters to suggest reviewers. He then suggested fake "experts" to review his work, with e-mail addresses that he controlled. [The 10 Most Destructive Human Behaviors]

Sometimes Moon used real names but with fake e-mail addresses that would come to him. This scheme of suggesting real university-based researchers with Gmail or Yahoo e-mail accounts went unchallenged for years, however dubious this must sound to anyone with an inquisitive mind.

Moon got a little sloppy, though. According to Retraction Watch, editors at the Journal of Enzyme Inhibition and Medicinal Chemistry grew suspicious when four of his glowing reviews came back within 24 hours. Anyone who has ever submitted a paper for peer review knows that reviewers take weeks or months to reply.

Neither the one-sentence abstract — "In this study, a computer application was used to solve a mathematical problem" — nor the co-author's e-mail address, ohm@budweiser.com, seemed to dissuade the editors at Computers and Mathematics with Applications from publishing this one-page gem entitled "A computer application in mathematics" by the perhaps fictitious M. Sivasubramanian and S. Kalimuthu, the one working for Budweiser. It was published in January 2010 but not retracted until April 2012, despite silly sentences such as "Computer magnification is a Universal computer phenomenon" and "This is a problematic problem."

Two of the paper's references are to earlier, similar papers from M. Sivasubramanian, which also somehow got published. One is to a store that sells math games. And the other three are to non-existent websites. [5 Seriously Mind-Boggling Math Problems]

The journal, part of the respected Elsevier family of scientific publications, finally retracted the paper because it "contains no scientific content." The editors chalked it up to "an administrative error."

Too bad. This could have been big. As the authors concluded, "Further studies will give birth to a new branch of mathematical science." But maybe the real "problematic problem" is the ease in which nonsensical math papers are published — something that maybe the "authors" were out to prove.

Have you ever wondered whether there is any truth in the saying "no pain, no gain" or whether failure can be better for you than success?

The Dutch social psychologist Diederik Stapel has pondered such deep questions. His research has found that, paradoxically: failure sometimes feels better than success; beauty ads make women feel ugly; power increases infidelity among men and women; and comparing yourself to others might help you persevere with studying or dieting but ultimately won't make you happier.

Yes, Stapel has found lots and lots of stuff. His work has appeared in top journals. And his good looks and clever research topics made him a media darling, featured in The New York Times and on liberal-leaning television news programs.

The only problem is that his research appears to be either mostly or completely fabricated.

Stapel's scientific misconduct came to light in September 2011. His employer, Tilburg University in the Netherlands, promptly placed Stapel on suspension as it investigated the allegations. The University published its final report in November 2012, citing 55 publications with evidence of fraud.

So far, 31 papers have been retracted, according to Retraction Watch. More will surely follow. This could mean that meat eaters are absolved: One of Stapel's studies, now suspected to be fabricated, found that meat eaters are more selfish and less social than vegetarians. Note that Adolf Hitler was a vegetarian.

Studies proposing a link between cellphone use and cancer often rely on weak statistics. This one just used fudged data.

Back in 2008, scientists published a paper in the International Journal of Andrology stating that cellphones in standby mode lowered the sperm count and caused other adverse changes in the testicles of rabbits. [7 Surprising Facts About Sperm]

The study, although small and published in a rather obscure journal, made the news rounds. And the cautious human male, upon reading of the risks, might have moved his cellphone from his front pocket to the back.

In March 2012, the authors retracted the paper. It seems the lead author didn't get permission from his two co-authors and, according to the retraction notice, there was a "lack of evidence to justify the accuracy of the data presented in the article."

You'd think the data would have been accurate, seeing how the lead author lifted data and figures from his two previously published papers that doom rabbits and their sperm. But alas, one of those papers also was retracted this year and the other, according to Retraction Watch, soon will be.

These three studies live on, however, on the websites of proponents of the cellphone-cancer link, likely never to be retracted because it is so easy to cut and paste references without reading the papers.

The timing was perfect. Kyoto University biologist Shinya Yamanaka had just won the 2012 Nobel Prize for his discovery of induced pluripotent stem cells (iPS cells), which are adult cells that can be reprogrammed to their "embryonic" stage.

That's when Hisashi Moriguchi, a visiting researcher at the University of Tokyo, claimed at a New York Stem Cell Foundation meeting in early October to have advanced this technology to cure a person with terminal heart failure. It made sense, and the announcement rang around the world.

Just as quickly, however, the claim began to unravel. Two institutions listed as collaborating on Moriguchi's related papers — Harvard Medical School and Massachusetts General Hospital — denied that any of Moriguchi's procedures took place there. By Oct. 19, the University of Tokyo fired Moriguchi for scientific dishonesty even as the investigation was just getting underway.

The smoke hasn't cleared. Moriguchi has admitted only to making some "procedural" mistakes. He has backed away from an original verbal claim that his injection of iPS cells in five patients has yielded positive results. He is sticking to his story, however, that one patient was cured … at a Boston hospital not yet named.

Moriguchi's co-authors are taking no chances. In November they retracted two related papers in the journal Scientific Reports, stating in that retraction that they "cannot guarantee the accuracy of the results and conclusions described."

If there is any truth to Moriguchi's claims, his work would catapult the field of iPS cells from test tube to cure, years before any expert would have predicted so. But Moriguchi's evolving story line and reluctance to share the full details of his work have left many scientists skeptical.